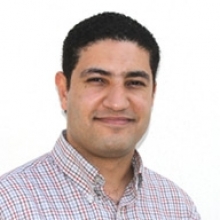 Abstract: Aeronautical engineering designs have been discreetly following conventional designs over the last century. Innovative leaps require advanced analysis tools that allow studying unconventional operating regimes at high frequencies and angles of attack, hence, exploiting unsteady aerodynamic phenomena and nonlinear flight dynamics for the creation of novel efficient designs. In this talk, I will discuss three main topics. First, I will present differential geometric control theory as a powerful analysis tool for airplane flight mechanics. Using such a theory, one may recover nonlinear controllability when linear controllability is lost due to hydraulic loss of control surfaces. Moreover, based on this formulation, I will show a novel rolling mechanism, due to nonlinear interactions between elevator and aileron, which has a significantly higher control authority near stall than the conventional linear rolling mechanism due to ailerons. Second, I will show how geometric control theory, when combined with averaging, provides rigorous mathematical tools for time-periodic systems. In particular, when applied to the hovering flight of insects or flapping-wing micro-air-vehicles, it reveals a fascinating stabilization mechanism that insects may unconsciously exploit during flight: vibrational stabilization. Finally, since these advanced flight mechanics applications necessitate accurate unsteady aerodynamic modeling, I will discuss the classical theory of unsteady aerodynamics and the unsteady Kutta condition. I will show our recent development of a viscous extension of the classical theory that does not invoke an auxiliary condition (e.g., Kutta condition). Driven by such a motivation, I will discuss our nascent idea of developing a variational theory for unsteady aerodynamics: novel framework for modeling of unsteady aerodynamics after following Prandtl’s formulation for a century.

Bio: Haithem Taha is currently an assistant professor in the Department of Mechanical and Aerospace Engineering at the University of California, Irvine. He holds BSc and MSc degrees in aerospace engineering from Cairo University, Egypt. He received his Ph.D. degree from the engineering science and mechanics department at Virginia Tech simultaneously with an MSc degree in interdisciplinary mathematics in December 2013. He is a recipient of the NSF CAREER Award.