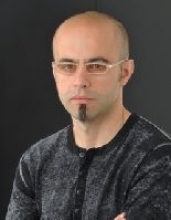 Abstract: Control systems work silently in the background to support much of the critical infrastructure we have grown used to. Water distribution networks, sewer networks, gas and oil networks, and the power grid are just a few examples of critical infrastructure that rely on control systems for normal operation. These systems are becoming increasingly networked, both for distributed control and sensing, and for remote monitoring and reconfiguration. Unfortunately, once these systems become connected to the internet they become vulnerable to attacks that, although launched in the cyber domain, seek to manipulate the physical domain. In this talk I will discuss the problem of state estimation and control for linear dynamical systems when some of the sensor measurements are subject to an adversarial attack. I will show that a separation result holds so that controlling physical systems under active adversaries can be reduced to a state-estimation problem under active adversaries. I will characterize the maximal number of attacked sensors under which state estimation is possible and propose computationally feasible estimation algorithms.

Bio: Paulo Tabuada was born in Lisbon, Portugal, one year after the Carnation Revolution. He received his "Licenciatura" degree in aerospace engineering from Instituto Superior Tecnico, in Lisbon, in 1998 and his Ph.D. degree in electrical and computer engineering in 2002 from the Institute for Systems and Robotics, a private research institute associated with Instituto Superior Tecnico. Between January 2002 and July 2003, he was a postdoctoral researcher at University of Pennsylvania. After spending three years at University of Notre Dame as an assistant professor, he joined the electrical and computer engineering department at University of California, Los Angeles, where currently, he is the Vijay K. Dhir Professor of Engineering. Tabuada's contributions to cyberphysical systems have been recognized by multiple awards including the NSF CAREER award in 2005, the Donald P. Eckman award in 2009, the George S. Axelby award in 2011, the Antonio Ruberti Prize in 2015, and the grade of fellow awarded by IEEE in 2017. He has been program chair and general chair for several conferences in the areas of control and of cyberphysical systems such as NecSys, HSCC and ICCPS. He currently serves as the chair of HSCC’s steering committee, and he served on the editorial board of the IEEE Embedded Systems Letters and the IEEE Transactions on Automatic Control.