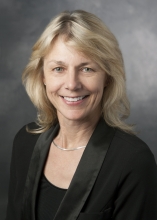 Engineers and the technologies they create change the world; this change is nothing new, having been the pattern since the dawn of humanity. These changes have improved the quality of life and extended our reach beyond our planet. At the same time, there can be negative consequences resulting from these technologies. People can be helped, but they can be hurt too. Inequalities between people can be deepened just as much as common ground between people can be forged. Yet people – the social and cultural, and political and economic dimensions of engineering – play little role in the education of engineers, neither from the perspective of who is (or is not) drawn to engineering or how diverse people and communities are factored into engineering decisions, innovations and solutions. Recent studies by the National Academy of Engineering and revised engineering standards by ABET are beginning to emphasize these “unintended” aspects of engineering, and modern high profile ethical breaches by engineers underscore their importance in the education of engineers. This talk considers classroom, program and workplace strategies suggested by my experiences and research that any of us can use to shift engineering’s limits by considering the question, “How might engineers look at the problems/tasks they are asked to address if they reframed them in terms of the needs of and impact on people?”

Bio: Sheri D. Sheppard, Ph.D., is the Richard Weiland Professor of Mechanical Engineering at Stanford University. Besides teaching both undergraduate and graduate design-related classes at Stanford University, she conducts research on fracture mechanics and applied finite element analysis, and on how people become engineers. She is a Bass University Fellow in Undergraduate Education and serves as an associate chair of mechanical engineering. From 1999-2008, she was the senior scholar at the Carnegie Foundation for the Advancement of Teaching where she was principally responsible for the Preparations for the Professions Program (PPP) engineering study, the results of which are contained in the report Educating Engineers: Designing for the Future of the Field. In addition, she served as chair of Stanford’s Faculty Senate in 2006-2007, and as associate vice provost of graduate education from 2008-2013. Sheppard was co-principal investigator on a National Science Foundation (NSF) grant to form the National Center for Engineering Pathways to Innovation (EPICENTER; 2011-2016), and to form the Center for the Advancement of Engineering Education (CAEE), along with faculty at the University of Washington, Colorado School of Mines, and Howard University (2003-2009). She was co-principal investigator with Professor Larry Leifer on a multi-university NSF grant that critically looked at the engineering undergraduate curriculum (synthesis), and from 1997-1999 she served as co-director of Stanford's Learning Lab. Sheri is a fellow of the American Society of Mechanical Engineering (ASME), the American Association for the Advancement of Science (AAAS), and the American Society of Engineering Education (ASEE). She was awarded the 2004 ASEE Chester F. Carlson Award in recognition of distinguished accomplishments in engineering education and the 2005, 2008 and 2011 ASEE Wickenden Best Journal of Engineering Education Paper Award. In 2010 she was recognized with Stanford’s highest teaching recognition, the Walter J. Gores Award, and in 2014 was named U.S. Professor of the Year-Doctorial and Research Universities. Before joining the faculty at Stanford University, she held several positions in the automotive industry, including senior research engineer at Ford Motor Company's Scientific Research Lab. Sheppard’s graduate work was conducted at the University of Michigan.