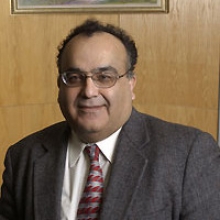 Abstract: As we approach the quarter century point of the 21st century, we will see the development of a wide range of both active and passive energy and thermal devices with applications in energy management and power sources, electronic cooling, energy storage and bioengineering. Although these energy and thermal devices are effective, they are often inefficient and can be improved significantly by integrating heat pipe concepts in their design to enhance efficiency or make them completely passive (no moving parts). Innovations and opportunities in integrating heat pipe concepts into three energy technologies - thermal energy storage, cooling towers, and fuel cells - are discussed. Both numerical and experimental simulation of thermal physical phenomena, including the effects of multiphase, multicomponent and phase change are presented.

Bio: Amir Faghri currently holds the titles of Distinguished Professor of engineering and Distinguished Dean Emeritus of engineering at the University of Connecticut. He joined the University of Connecticut in 1994 and served as head of the Mechanical Engineering Department from 1994 to 1998, and as the dean of the School of Engineering from 1998 to 2006. He has authored five books, more than 350 archival technical publications (including over 250 journal papers) and 13 U.S. patents. He has served as a principal investigator conducting research in the area of thermal management and multiphase transport phenomena for applications ranging from advanced cooling systems to alternative energy systems, including heat pipes, fuel cells, solar energy systems and thermal energy storage devices. Fagri has received many honors and awards, including the American Institute of Aeronautics & Astronautics (AIAA) Thermophysics Award in 1998, the American Society of Mechanical Engineering (ASME) Heat Transfer Memorial Award in 1998, the ASME James Harry Potter Gold Medal in 2005, the ASME/AIChE Max Jakob Memorial Award in 2010 and the George Grover Medal in 2018. He has served as a consultant to several major research centers and corporations, including the Los Alamos and Oak Ridge National Laboratories, Exxon Mobil and Intel Corp. He presently serves on the boards of directors of both publicly traded and private companies. Faghri received his M.S. and Ph.D. degrees from the University of California, Berkeley, and a B.S with highest honors from Oregon State University.