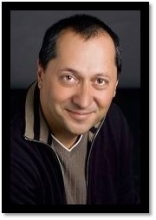 Abstract: We EDA engineers are justifiably proud of the tremendous success that integrated electronics has enjoyed over the last 50 years. After all, the world has been irrevocably changed by the pervasive connectivity and computing capability we have enabled. Today’s smart devices are just the beginning of an avalanche of “intelligence” that will be enabled by the internet of things and further change our lives for the better. But it can sometimes be difficult to explain to a layperson what part we have played in this narrative; somehow a 2% improvement in routing density or simulation accuracy sounds quite far from “the next iPhone.”

As technology slows down and matures, and the industry consolidates, we are presented with opportunities for applying our talents to the analysis, modeling, optimization and solution of difficult large-scale problems in adjacent fields. This talk is about one such opportunity in the area of radiation therapy, where medical physicists work hand-in-hand with oncologists to provide life-saving treatments for cancer. Making the transition from EDA to medicine required some significant sacrifices and humility, but the end result is a commercial and scientific success and a far greater level of relevance to people’s lives.

Bio: Nassif received his bachelor's degree from the American University of Beirut in 1980, and his master's and Ph.D. degrees from Carnegie-Mellon University in 1981 and 1986 respectively. He worked at Bell Laboratories until 1996, then joined the IBM Austin Research Laboratory where he has various technical and management positions. In 2014 he formed Radyalis, a company focused on applying EDA techniques to the field of cancer radiation therapy. He has authored one book and numerous conference and journal publications, received five Best Paper awards (IEEE Trans. CAD, ICCAD, DAC, ISQED and ICCD) and given keynote and plenary presentations at DATE, SASIMI, ESSCIRC, BMAS, SISPAD, SEMICON, PATMOS, VLSI-SOC, GLVLSI, ASAP and ASPDAC. He is an IEEE Fellow (2008), past president of CEDA, a member of the IBM Academy of Technology, a member of the ACM and AAAS, and an IBM Master Inventor with more than 75 patents.