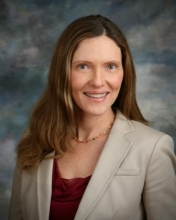 Abstract: The use of additive manufacturing technologies (AMTs), in the form of 2D printing technologies, has gradually grown in prominence in academia and gained industrial adoption for the fabrication of radio-frequency (RF) electronics, for applications in low-cost devices and wearables. Nevertheless, these efforts have almost exclusively consisted of adapting standard RF designs for operation on flexible and/or 3D-printed planar substrates: the 2.5D (stacks of 2D planes) paradigm that pervades classical RF design and fabrication has not been shifted. The goal of the presented research is to introduce the use of the additional degree of freedom provided by 3D printing technologies for the manufacturing of full-3D RF elements and circuits that cannot be fabricated with traditional technologies. Two novel 3D metamaterial-printed RF structures, uniquely enabled by the singular properties of AMTs, are described. These printed structures not only constitute the first examples of functional full-3D multi-material RF designs, but also provide orders-of-magnitude performance improvements compared to their 2D counterparts. This work may thereby set the foundation for the emergence of an entirely new class of 3D-printing-enabled RF components and systems.

The next topic includes exploration of soliton and rogue-like wave solutions in the transmission line analogue of a nonlinear left-handed metamaterial. Both bright and dark solitons persist in a suitable parametric regime and rogue wave type of behavior was observed.

Bio: Radisic received her Ph.D. degree from the University of California at Los Angeles in 1998 in electrical engineering. Since 2002, she has been with Northrop Grumman, where she is currently a principal scientist and lead for engineered RF materials.  Prior to joining Northrop Grumman, she was a senior design engineer with OpNext in Thousand Oaks, CA, where she designed components for 40 Gb/s fiber-optic IC’s. From 1999 to 2001, she was a research staff member at the HRL Laboratories, LLC in Malibu, CA, where she led MMIC sub-millimeter wave circuit development. She has authored or coauthored more than 65 journal and conference publications.

Radisic is IEEE Fellow for contributions to millimeter- and submillimeter- wave sources, amplifiers and monolithic integrated circuits. She was a co-recipient of IEEE MTT-S “Tatsuo Itoh” Best Paper Award published in the IEEE Microwave and Wireless Components Letters in 2012 and the Northrop Grumman Space Technology Innovation Award for 300 GHz InP HEMT technology in 2007. She also received the IEEE MTT-S Outstanding Young Engineer Award in 2007.