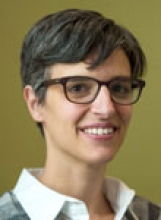 Abstract: Mechanical metamaterials are materials with a tailored architected structure, designed to achieve properties that depart from those found in natural or more conventional engineering materials. Initial realizations of these materials were periodic and derived their properties from an interplay of the constitutive material responses and the architected geometry. More recently, developments in the field of metamaterials focused on the effects of disorder, nonlinearities and tunability. This increasing complexity allows material designers to control more precisely local constitutive and structural properties and harvest the richness of nonlinear phenomena. Current trends suggest a growing interest in the creation of metamaterials with programmable responses and metamaterials with autonomously adapting morphology. In this talk, I will highlight some of our recent work in the control of stored energy in structured materials, to create programmable, nonlinear metamaterials and their possible application to engineering problems.

Bio: Chiara Daraio received her undergraduate degree in mechanical engineering from the Universita’ Politecnica delle Marche, Italy (2001). She received her master's degree (2003) and doctorate (2006) in materials science and engineering from UC San Diego. She joined the aeronautics and applied physics departments of the California Institute of Technology (Caltech) in fall of 2006 and was promoted full professor in 2010. From January 2013 to August 2016, she joined the Department of Mechanical and Process Engineering at ETH Zürich, with a chair in mechanics and materials. She returned to Caltech in August 2016, as a professor of mechanical engineering and applied physics. She received a Presidential Early Career Award from Presidend Obama (PECASE) in 2012, was elected as a Sloan Research Fellow in 2011 and received an ONR Young Investigator Award in 2010. She also is a winner of the NSF CAREER award (2009), the Richard Von Mises Prize (2008) and  the Hetenyi Award from the Society for Experimental Mechanics (2015). She was selected by Popular Science magazine among the “Brilliant 10” (2010). She serves as a board editor for Science (AAAS) and as an associate editor for the journal Extreme Mechanics Letters. She has published over 120 peer-reviewed papers and two book chapters and has several patents. For a complete list of publications and research information, see www.daraio.catech.edu.