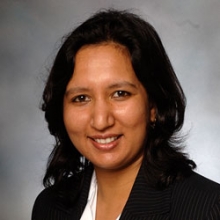 Abstract: Silicon-based anodes for lithium-ion batteries have drawn significant attention over the past decade. Though there have been a number of successful half-cells, translating silicon into full-cell batteries remain challenging. The major challenge preventing widespread use of silicon anodes in full-cell battery cells is the irreversible lithium-ion losses associated silicon-based anodes. Recent papers have shown that when silicon-based anodes are paired with conventional cathode materials, the capacity fades quickly.  I will describe various preconditioning strategies that can be used to overcome this capacity fade. The first is to oversize the cathode by examining the optimal N/P ratio. The second is precycling the anode as a half-cell against lithium metal and loading it with 1000 mAh/g capacity of lithium ions.  When combined, the full-cell battery can achieve high capacity and stable cyclability. This strategy offers a promising method to overcome the limitations of commercially utilizing silicon for lithium-ion batteries.

Bio: Sibani Lisa Biswal is an associate professor in the Department of Chemical and Biomolecular Engineering at Rice University in Houston, Texas, and leads the Soft Matter Engineering Laboratory. Her research interests cover a variety of colloidal and interfacial systems, including magnetically driven colloidal assemblies, microfluidic systems to study multiphase flows and sensitive nanomechanical biosensing devices. Biswal has a B.S in chemical engineering from Caltech (1999) and a Ph.D. in chemical engineering from Stanford University (2004). She was a CITRIS postdoctoral fellow at UC Berkeley (2004-2006). She is the recipient of an ONR Young Investigator Award (2008), National Science Foundation CAREER award (2009), the Southwest Texas Section AICHE Best Fundamental Paper Award (2014), the George R. Brown Award for Superior Teaching (2015), and the Professional Excellence Award from the ChBE Alumni Advisory Committee (2017).