MAE Seminar: Active and Passive Control - from Thought Experiment to Formula One Racing 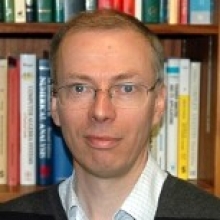 Abstract: The talk will explain the origins and applications of a new mechanical device, the inerter, which rapidly became a standard component in Formula One Racing and IndyCars and is now being considered for applications from railway suspensions to buildings. The origins of the idea in a seemingly innocent question in mathematical control theory in the author's research will be described. The broader context of the idea - namely the close link between control and network synthesis and the re-opening of research in classical circuits will be described in a tutorial manner. The talk will conclude with an account of the manner in which the inerter entered the popular press by reason of a Formula One spy scandal.

Bio: Malcolm C. Smith is a professor of control engineering and head of the control group in the Department of Engineering at the University of Cambridge. His research interests are in the areas of robust control, nonlinear systems, electrical and mechanical networks and automotive applications. He is well-known for his invention of the inerter mechanical device currently used in Formula One motor racing and elsewhere. He received degrees in mathematics and control engineering from Cambridge University, England. He was subsequently a research fellow at the German Aerospace Centre, Oberpfaffenhofen, a visiting assistant professor and research fellow with the Department of Electrical Engineering at McGill University, Montreal, and an assistant professor with the Department of Electrical Engineering, Ohio State University, Columbus, before returning to Cambridge in 1990 as a lecturer in engineering. Smith is a fellow of the IEEE and the Royal Academy of Engineering. He received the 1992 and 1999 George Axelby Best Paper Awards, in the IEEE Transactions on Automatic Control, both times for joint work with T.T. Georgiou. He received the 2009 Sir Harold Hartley Medal of the Institute of Measurement and Control for outstanding contributions to the technology of measurement and control.