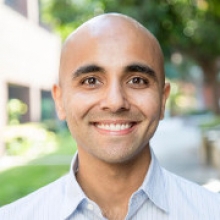 Abstract: Control of wall-bounded turbulent flows has been an important area of research for several decades. However, the development of effective control techniques has been hindered by the limited availability of computationally tractable models that can guide design and optimization. In this talk, I will describe extensions of the resolvent analysis formalism that seek to address this limitation. Under the resolvent formulation, the turbulent velocity field is expressed as a superposition of propagating modes (resolvent modes), identified via a gain-based decomposition of the Navier-Stokes equations. Control is introduced into this framework via changes to the boundary conditions or through additional forcing terms in the governing equations. This alters the structure and gain of resolvent modes, whereby a reduction in gain indicates mode suppression. I will show that this modeling framework reproduces observations from previous experiments and direct numerical simulations for passive techniques (e.g., riblets, compliant walls), as well as active feedback flow control (e.g., opposition control). Implications for the development of practicable control techniques will be discussed, as will preliminary experimental efforts toward this goal.

Bio: Mitul Luhar joined the Department of Aerospace and Mechanical Engineering at USC as assistant professor in January 2015. He was awarded the U.S. Air Force Young Investigator Award in 2017. Prior to joining USC, Luhar was a postdoctoral scholar in the Graduate Aerospace Laboratories at Caltech. He received his doctorate in civil and environmental engineering from MIT in 2012. As a graduate student, Luhar was awarded the Presidential Fellowship as well as the Martin Family Society Fellowship for Sustainability. Luhar earned his bachelor's and master's degrees in engineering from Cambridge University in 2007.