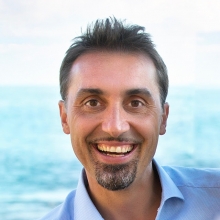 Abstract: Modern composite materials constitute the cutting-edge for innovative lightweight design concepts. With finite element analysis (FEA), designers can simulate various forces acting on virtual components, and they can make decisions before they even cut a single piece of physical material. This can save a lot of time and money. However, FEA does some jobs better than others. For example, basic scenarios such as a steel beam undergoing bending are easier to simulate than a carbon fiber reinforced plastic (CFRP) beam undergoing the same bending force. The reason? A piece of steel is homogenous in terms of its composition, whereas a CFRP beam is composed of laminated layers and has fibers running at angles to each other. It exhibits anisotropic behavior and manufacturing limitations complications (including defects like porosity). All these factors make structural behavior difficult to predict. The purpose of this presentation is to describe some of the critical points in the process to develop an efficient composite design with the manufacturing technology in mind, starting from the laboratory mechanical characterization through to FEA model simulation technique.

Bio: Fabio Bressan is a virtual engineering global manager at Solvay, based in Anaheim, California. He is in charge of several projects around structural design and virtual simulation of the manufacturing process for advanced composite materials. Bressan is a composite structural design expert who is internationally recognized for developing materials and structures for international competitions ranging from Formula1, F3, supercars and the America's Cup yacht race. Bressan won two Volvo Ocean Races in 2009 and 2012. He was in charge of the structural analysis, and due to his contributions in 2008, the Ericsson 4 broke the 24 hour record and won the Volvo Ocean Race in 2009. He also participated on the 32nd (Prada - Luna Rossa - ITA), 33rd (Team Origin - UK) and 34th (Artemis Racing - Sweden) America's Cup as a structural composite designer and for the last campaign he was the FEA director based in the San Francisco Bay Area. As a result of his significant work, Bressan has served in consulting roles at international world-renowned companies, including Ferrari GT. Bressan conducted his undergraduate studies in mechanical management engineering at the University of Udine in Italy, and in 2009 he obtained his doctorate in mechanical engineering, specializing in numerical analysis, at the same university. In July 2017, he won the Silver Griffin Carrier Alumni Achievement Award from the University of Udine.