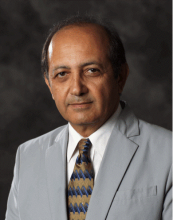 Abstract:  The nature of construction has remained intensely manual throughout recorded history. Unlike in manufacturing, the growth of automation in construction has been slow. A promising new automation approach is Contour Crafting (CC). Invented by the speaker, Contour Crafting is a mega-scale 3-D fabrication process aimed at automated on-site construction of whole structures as well as subcomponents. The potential of CC has become evident from experiments with various materials, geometries and scales. Using this process, a single building or a colony of buildings may be constructed automatically with all plumbing and electrical utilities imbedded in each; yet each building could have a different design that can include complex curved features. The technology also has astounding environmental and energy impacts. The entry level implication is especially profound for emergency shelter construction and low-income housing. NASA is exploring possible applications of CC in building on other planets. This new mode of construction will be one of the very few feasible approaches for building using in-situ material on planets such as Moon and Mars, which are being targeted for human colonization before the end of the century. CC has received international attention and could soon revolutionize the construction industry.

Bio:  Behrokh Khoshnevis is a National Academy of Inventor’s Fellow and the Dean’s Professor of Industrial & Systems, Aerospace & Mechanical, Astronautics, Biomedical and Civil & Environmental Engineering and  Director of the Center for Rapid Automated Fabrication Technologies (CRAFT) at USC. He is active in robotics and mechatronics related research and development projects that include the development of several novel additive manufacturing (3-D Printing) processes such as Contour Crafting, SIS and SSS. He is also involved in the development of mechatronics systems for biomedical applications (e.g., restorative dentistry, rehabilitation engineering and tactile sensing devices), autonomous mobile and modular robots for fabrication and assembly applications on earth, in space and on other planets, and automated production equipment for oil (petroleum) and gas industries. He has several major inventions that have been either commercialized or are in the commercialization process. His educational activities at USC include the teaching of a graduate course on Invention and Technology Development. He routinely conducts lectures and seminars on the subject of invention. He is a NASA Innovative Advanced Concepts (NIAC) Fellow, a Fellow of the Society of Manufacturing Engineers, a Fellow of the Society for Computer Simulation, and a Fellow of the Institute of Industrial & Systems Engineering. Khoshnevis’ inventions have received extensive worldwide publicity in acclaimed media such as New York Times, Los Angeles Times, Business Week, Der Spiegel, New Scientist and national and international television and radio networks. Contour Crafting won the 2014 NASA competition Grand Prize among 1000+ globally competing technologies. Contour Crafting was also selected as one of the top 25 out of more than 4000 candidate inventions by the History Channel Modern Marvels program and the National Inventor’s Hall of Fame, and it has been identified as one of the major disruptive technologies of our time. Khoshnevis’ new AM technology, SSS, won another NASA competition Grand Prize in 2016.