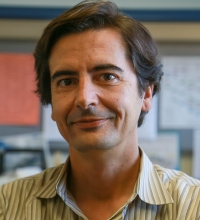 Abstract:  Advances in VLSI (very large scale integration) design and fabrication have resulted in the availability of low-cost, low-power, small-sized devices that have significant computational power and are able to communicate wirelessly. In addition, advances in MEMS (micro electric mechanical systems) technology have resulted in wide availability of solid-state sensors and actuators. The net result is ubiquitous sensing, communication and computation that can be incorporated into small low-power devices.

In this talk, I will discuss how the above-mentioned technological advances present important opportunities and interesting challenges for control system designers. To this effect, I will discuss how the introduction of digital communication in control loops gives rise to a need for new tools for the design and analysis of feedback control systems. I will also describe recent work demonstrating that feedback control based on on-line optimization is a viable approach to solving a wide range of control problems.

Bio:  João P. Hespanha received his doctorate in electrical engineering and applied science from Yale University in 1998. From 1999 to 2001, he was an assistant professor at USC. He moved to UC Santa Barbara in 2002, where he currently serves as a professor and chair of the Department of Electrical and Computer Engineering. Hespanha is a member of the executive committee for the Institute for Collaborative Biotechnologies (ICB), a Fellow of the IEEE and a former IEEE distinguished lecturer (2007 to 2013). His current research interests include hybrid and switched systems; multi-agent control systems; distributed control over communication networks (also known as networked control systems); the use of vision in feedback control; stochastic modeling in biology; and network security.