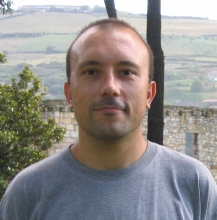 Abstract: Many network scenarios give rise to optimization problems that possess an intrinsic distributed nature. Recent years have seen a surge of interest in developing distributed algorithmic solutions to these optimization problems, with a diverse set of applications including robotics, power networks and distributed learning. This talk is a contribution to this growing body of research. We deal with network optimization problems defined by separable convex objective functions and constraints that couple the state of individual agents. We consider two classes of problems: linear programs, where the coupling constraints relate the state of neighboring agents, and resource-allocation problems, where the coupling constraints involve the whole network state. For both cases, we develop provably-correct coordination algorithms that rely on local agent interactions and allow each agent to determine its component of the global optimal solution. We discuss how these algorithms scale properly with the problem dimension and examine their robustness properties against disturbances, changing performance specifications and communication-link failures. Finally, we use our results in network bargaining, where agents negotiate with each other to benefit from forming collaborations, and economic dispatch in microgrids, where a group of agents (e.g., distributed energy resources, controllable loads) collaborate to collectively meet a power demand while respecting individual constraints and minimizing total generation cost.

Biography: Jorge Cortes is a professor in the Department of Mechanical and Aerospace Engineering at UC San Diego. He received the Licenciatura degree in mathematics from the Universidad de Zaragoza, Spain, in 1997, and a doctorate in engineering mathematics from the Universidad Carlos III de Madrid, Spain, in 2001. He held postdoctoral positions at the University of Twente in The Netherlands, and at the University of Illinois at Urbana-Champaign.  He was an assistant professor with the Department of Applied Mathematics and Statistics at UC Santa Cruz from 2004 to 2007.  He is the author of "Geometric, Control and Numerical Aspects of Nonholonomic Systems" (New York: Springer-Verlag, 2002) and co-author of "Distributed Control of Robotic Networks" (Princeton: Princeton University Press, 2009).  Cortes received a NSF CAREER award in 2006 and was the recipient of the 2006 Spanish Society of Applied Mathematics Young Researcher Prize.  As a co-author, he has won the 2008 IEEE Control Systems Outstanding Paper Award, the 2009 SIAM Review SIGEST selection from the SIAM Journal on Control and Optimization, and the 2012 O. Hugo Schuck Best Paper Award in the Theory category.  He is an IEEE Fellow and an IEEE Control Systems Society Distinguished Lecturer.