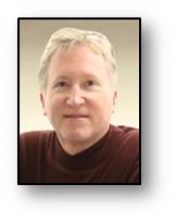 Abstract: Like a tuning fork for light, optical resonators have a characteristic set of frequencies at which it is possible to confine light waves. At these frequencies, optical energy can be efficiently stored for lengths of time characterized by the resonator Q factor, roughly the storage time in cycles of oscillation. In the last 10 years, there has been remarkable progress in boosting this storage time in micro and millimeter-scale optical resonators. Chip-based devices have attained Q factors of nearly 1 billion and micro-machined crystalline devices have provided Qs exceeding 100 billion. The resulting long, energy-storage times combined with small form factors have made it possible to access a wide range of nonlinear phenomena and to create laser devices that operate with remarkably low turn-on powers. Also, new science has resulted from radiation-pressure coupling of optical and mechanical degrees-of-freedom in the resonators themselves. I will review some of these results including the effort to miniaturize time standards and stable frequency sources using frequency micro combs.

Biography: Vahala is the Jenkins Professor of Applied Physics at Caltech. His research group has pioneered a class of optical resonators that hold the record for highest optical Q on a semiconductor chip. They have applied these devices to study a wide range of nonlinear phenomena including the first demonstration of parametric oscillation in a micro cavity, now the basis for frequency micro combs. His research in this subject also led to the demonstration of dynamic backaction, a long-anticipated interaction of mechanics and optics mediated by radiation pressure that is responsible for opto-mechanical cooling and recent realizations of mechanical amplification by stimulated phonon emission. Professor Vahala was involved in the early effort to develop quantum-well lasers for optical communications and received the IEEE Sarnoff Award for his research on quantum-well laser dynamics. He has also received an Alexander von Humboldt Award for his work on ultra-high-Q optical microcavities and is a fellow of the IEEE and The Optical Society of America.