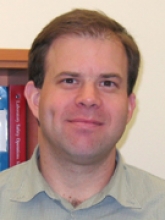 Abstract: Our lab has developed synthetic methods that allow incorporation of unprecedented levels of functionality into polypeptide materials. We report on the design and properties of stimuli responsive polypeptide motifs that are able to respond differently to different individual stimuli, such as redox, temperature, or enzymes. These materials allow multimodal switching of polypeptide properties to obtain desirable features, such as coupled responses to multiple external inputs. The reversible, multi-responsive nature of these polypeptides makes them particularly attractive as components in molecular devices or nanoscale assemblies capable of sequential, or triggered, responses to different stimuli, akin to switches capable of performing Boolean-like operations. We will describe how these motifs can be incorporated into self-assembled materials such as hydrogels.