MAE Seminars: The Use of Acoustic Metamaterials to Increase Damping of Sandwich Panels in Tension 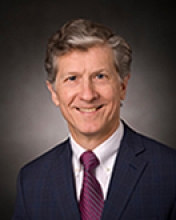 Abstract: Sandwich panels often are used in aerospace structures where high stiffness-to-weight is required, such as aircraft fuselage shells. Interior noise reduction in aircraft using such panels is a challenge because acoustic attenuation is reduced for light, stiff composite structures — especially those manufactured to have fewer mechanical joints. And membrane loads (internal pre-stresses) are often encountered in these thin-walled structures. Examples of tensile loads include those associated with pressurized aircraft cabins and spinning helicopter rotor blades. As is well known, tensile loads generally increase the natural frequencies of vibration of flexural structures such as beams and shells. But it is far less appreciated that such tensile loads can dramatically decrease the associated modal damping — and the effect on damping is stronger than the effect on frequency. Conventional strain-based damping treatments are less effective in the presence of tensile loads, so there is a general need for alternative approaches to vibration reduction in such structures.

Acoustic metamaterials offer an approach to reducing the dynamic response of, and noise transmission through, sandwich panels. The key concept underlying this approach is to consider a metamaterial as a highly distributed system of tuned vibration absorbers that introduces one or more stop bands in which range the response of the global structure is reduced. The resonance frequency (or frequencies) of the absorber system may be tuned to match an excitation frequency and/or a global resonance frequency. As a demonstration, cores for two sandwich panels were fabricated using 3-D printing technology, one using a stiff polymer for the baseline honeycomb core, and the other a combination of stiff and soft/lossy polymers for the metamaterial-augmented core. Unidirectional carbon-fiber face sheets were bonded to both cores to construct sandwich panels. The metamaterial system was modeled as an effective distributed complex mass density. Experimental results confirmed that the metamaterial core reduced the peak dynamic response at the natural frequencies of the sandwich panel — typically by about 10 dB — with reasonably good agreement with model predictions.

Biography: George Lesieutre is professor and head of the Department of Aerospace Engineering, and director of the Center for Acoustics and Vibration at Penn State. He earned a B.S. in aeronautics and astronautics from MIT, and a Ph.D. in aerospace engineering from UCLA. Prior to joining Penn State, he held positions at SPARTA, Rockwell Satellite Systems, Allison Gas Turbines and Argonne National Lab. His research interests include structural dynamics of aerospace systems, including passive damping, active structures, and energy harvesting. Lesieutre served as PI of several major DARPA programs in adaptive structures, and has received five society best-paper awards. He has advised more than 60 graduate students, and has published more than 300 technical articles and patents. Lesieutre is a Fellow of AIAA, served a term on the AIAA Board of Directors and as a member of the Materials Panel for the NRC study of the NASA (Space) Technology Roadmaps, and recently served as general chair of the AIAA Science and Technology Forum (SciTech 2015), the world’s largest gathering of aerospace R&D professionals. An instrument-rated private pilot, he once paddled a canoe from Montreal to the Gulf of Mexico as part of a historical reenactment, and more recently ran a 50-mile ultramarathon.