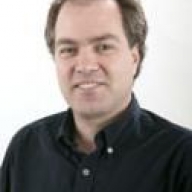 Dr. Jordan is interested in the modeling and analysis of behavior, control, and pricing in computer and telecommunication networks.

As head of the Network Performance Group at UCI, Dr. Jordan is investigating the integration of voice, data and video on computer and telecommunication networks by modeling and analyzing resource allocation and quality-of-service. Two projects are associated with this effort: One involves the application of economic theory to determine a pricing mechanism, and focuses on the efficient allocation of key network resources. Another project looks at the allocation of power and codes in integrated service wireless networks ñ involving distributed optimization to shift capacity toward those users who will benefit most or who will generate the most revenue.

Dr. Jordan's work will be applied in the development of higher-performance, more efficient, more profitable computer networks and servers.