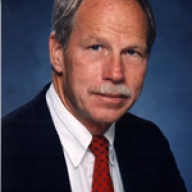 Liebeck is a member of the National Academy of Engineering and a world-renowned authority in the fields of aerodynamics, hydrodynamics, and aircraft design. In his long and distinguished career, he has held top positions at Boeing/McDonnell Douglas and has taught and conducted research at the University of Southern California. He is currently a Senior Fellow at The Boeing Company and has taught MAE's senior-year Aerodynamics / Aircraft Performance / Aircraft Design (MAE136/158/159) sequence. He is also involved in graduate and undergraduate research projects.

Liebeck attained world recognition starting in the 1970s with his novel designs for high-lift airfoils, referred to by the aeronautics community as the "Liebeck airfoils." He has made substantial contributions to a variety of related fields, including propeller design, windmill analysis, wing design for supersonic transports, and the design of high-altitude unmanned aircraft. He is co-developer of the Blended-Wing-Body, a revolutionary design for subsonic transports whose importance is discussed below. The BWB is widely considered as the next revolution in subsonic commercial transportation. It is a 600-passenger, "flying wing" aircraft with significantly better economics and efficiency than traditional designs like the Boeing 747. The BWB is a top priority at NASA and is under serious consideration by Boeing, to the point that a 30-foot model has been flight-tested at the cost of one million dollars.