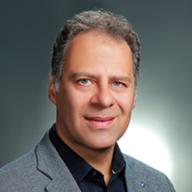 During the summer of 1997, Heydari was with Nokia Bell Labs, where he worked on noise analysis in high-speed CMOS integrated circuits. He worked at the IBM T. J. Watson Research Center on gradient-based optimization and sensitivity analysis of custom analog/radio-frequency ICs during the summer of 1998. His research covers the design of terahertz/millimeter-wave/radio-frequency and analog integrated circuits. He is the co-author of two books, three book chapters and more than 170 journal and conference papers. He has given the keynote speech to the IEEE GlobalSIP 2013 Symposium on Millimeter Wave Imaging and Communications, served as the invited distinguished speaker at the 2014 IEEE Midwest Symposium on Circuits and Systems, and gave a tutorial at the 2017 International Solid-State Circuits Conference (ISSCC). He has served as a distinguished lecturer of both the IEEE Solid-State Circuits Society (SSCS) (2014-2016) and the IEEE Microwave Theory and Techniques Society (2019-2022).

Heydari was named an IEEE Fellow in 2017 for his contributions to silicon-based millimeter-wave integrated circuits and systems.