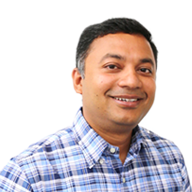 Mohammad Al Faruque joined the Department of Electrical Engineering and Computer Science in October 2012. Before joining UCI, he was a scientist at Siemens Corporate Research and Technology in Princeton, NJ. He received his B.Sc. degree in Computer Science and Engineering from Bangladesh University of Engineering and Technology (BUET) in 2002, and M.Sc. and Ph.D. degrees in Computer Science from Aachen Technical University and Karlsruhe Institute of Technology, Germany in 2004 and 2009, respectively. Al Faruque is the recipient of the IEEE CEDA Ernest S. Kuh Early Career Award 2016. He served as an Emulex career development chair from October 2012 until July 2015.