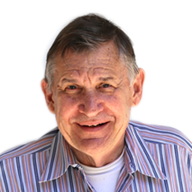 Dr. LaRue is interested in the design and development of micro-electro-mechanical systems (MEMS), fluid mechanics, heat transfer and turbulence, and other areas that bridge those fields.