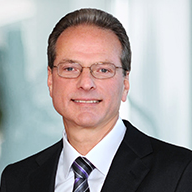 Henry Samueli is co-founder and chairman of the board of Broadcom Corporation and has served as chief technical officer since the company's inception in 1991. He has over 25 years of experience in the fields of digital signal processing and communications systems engineering, and he has published more than 100 technical papers in these areas. Samueli is a fellow of the IEEE and he received the IEEE Circuits and Systems Society Industrial Pioneer Award in 2000. He is the recipient of the University of California Presidential Medal in 2000, the University of California, Irvine Medal in 2000, and the UCLA School of Engineering and Applied Science Alumnus of the Year Award in 2000. Samueli was elected to the National Academy of Engineering in 2003 for his pioneering contributions to academic research and technology entrepreneurship in the broadband communications system-on-a-chip industry. Also in 2003, he was named Distinguished Adjunct Professor in the Department of Electrical Engineering and Computer Science by UCI Chancellor Ralph Cicerone.