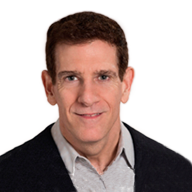 His research is focused primarily on the physics of vision and on color vision, and his efforts are aimed at the development of representations and algorithms that support the recognition of three-dimensional objects in complex scenes. He accomplishes this by using physical models for illuminants, surfaces and sensors to derive models that relate image observables - such as color and texture ñ to surface and scene characteristics. He also is developing algorithms for image segmentation and description.

Healey's current efforts include an understanding of the role digital cameras play in computer vision; the development of new methods for color constancy (the ability of a vision system to assign a color description to an object); and the development and demonstration of new algorithms for the illumination, atmospheric and temperature invariant recognition of materials in hyperspectral images. Other projects concern image segmentation, locating regions in an image that correspond to surfaces or objects in the scene; and the development of texture recognition methods that are invariant to factors such as scene geometry and illumination conditions.

The applications for Healey's work are target detection in infrared images, fire detection, motion tracking, color illumination for the inspection of plants, and illumination invariant recognition in satellite images. In the future, Healey's work may be used in the classification and quantification of cells in brain images for the diagnosis of Alzheimer's disease and other conditions.

Healey is director of the UCI Computer Vision Lab.