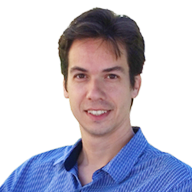 Grounded in an understanding of core physical principles Prof. Preece’s research concerns how light interacts with matter, and the optically generated forces which occur when it does. Such forces can be used to investigate pressing areas of interest in the physical and biological sciences such as how neurons repair themselves after damage, and what are the mechanical forces at play inside living cells.

Thanks to the flexibly of light driven technologies and its passive nature where biology is concerned. Biophotonic technologies are at the forefront of much modern laboratory science. Prof. Preece’s research spans from fundamental optics to translational biophotonics. Major areas of activity include holographic optical tweezers, singular optics, laser cell surgery, and laser-induced shockwaves, neuronal repair, and function and biomechanics. Current work is concentrated towards the development of new neurophotonic technologies to better understand circuit level neural interactions and the utilization of complex light for applications in bio and nanotechnology.