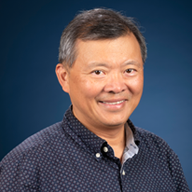 Lee joined UCI from the National Cancer Institute, where he served as senior technology advisor in the Office of Technology and Industry Relations (OTIR). Specifically, Lee was responsible for identifying new opportunities in interagency collaborations and new strategies to promote technology maturation, as well as for providing expert advice on promoting technology development within NIH. Before joining NCI, Lee was a program manager at the Defense Advanced Research Projects Agency (DARPA) (1999-2001) in the Microsystems Technology Office (MTO). At DARPA, he started the $59 million BioFlips (Bio-Fluidic Chips) program and was one of three founding program managers guiding the “Fundamental Research at the Bio:Info:Micro Intersection” program. These programs set the technical foundations that were instrumental in shaping the nation’s leadership position in microfluidics and BioMEMS. His research has contributed to the founding of several startup companies. He owns 55 issued U.S. patents and is author of over 120 journals articles. Professor Lee was awarded the 2009 Pioneers of Miniaturization Prize and is an elected fellow of the National Academy of Inventors (NAI), the American Institute of Medical and Biological Engineering (AIMBE), the Royal Society of Chemistry (RSC), the American Society of Mechanical Engineering (ASME) and the Biomedical Engineering Society (BMES).

At UCI, Lee is director of the Center for Advanced Design and Manufacturing of Integrated Microfluidics (CADMIM), an NSF Industry/University Collaborative Research Center. He served as the editor-in-chief for the Lab on a Chip journal (Royal Society of Chemistry) from 2017-2020 and department chair of biomedical engineering at UCI from 2010-2019. He was conference chair of the 21st International Conference on Miniaturized Systems for Chemistry and Life Sciences (MicroTAS 2017) held in Savannah, Georgia.

Over the years, Abraham “Abe” Lee has pioneered research in MEMS, BioMEMS and microfluidics/lab-on-a-chip technologies. Early in his career, he developed microactuators for micro-surgical devices and later applied these technologies to the manipulation of biological objects that were intrinsically in a liquid environment, and thus transitioned into the lab-on-a-chip/microfluidics field. The vision was always to “communicate” with living systems at the micro- and nanoscale and in the process understand their functions and how they collectively contribute to how life works. The natural outcome was the understanding of how living systems can be repaired when “malfunction” occurs as a result of disease, injury or decay. Notable microfluidic technologies that were developed and pioneered in Lee’s Lab include magnetohydrodynamic (MHD) micropump, dielectrophoresis (DEP) for cell sorting, droplet microfluidics and cavity-bubble acoustic streaming transducers (CAST).