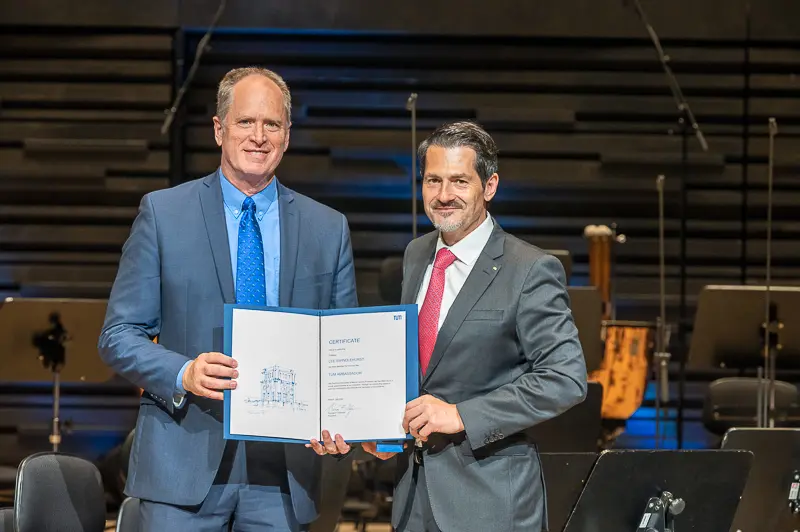 Aug. 18, 2022 – A. Lee Swindlehurst, professor and chair of the Department of Electrical Engineering and Computer Science, was recently named a TUM Ambassador by the Technical University of Munich (TUM) for his internationally cooperative efforts to “fuel innovation and enable progress in science.”

Swindlehurst is one of 11 international scholars, all considered TUM research alumni, presented with the honorary title. He served as a Hans Fischer Senior Fellow from 2014-17 in the TUM Institute for Advanced Studies and has collaborated extensively with TUM faculty. His research interests are in the application of detection and estimation theory to problems in signal processing, biomedicine and wireless communications.

TUM President Thomas F. Hofmann honored the new ambassadors in July at the Vivat TUM summer concert in the new Isarphilharmonie music hall in Munich. The German university annually honors a select group of international scholars with this title, which acknowledges guest researchers as representatives of TUM research alumni globally. TUM Ambassadors are credited with “enriching the institutes and academic life at the university with their scientific expertise, their international experience and their university political involvement.”

“I am very honored,” said Swindlehurst. “I treasure the connections I’ve made with TUM faculty and staff, and I look forward to further enlightening collaborations.”