The UCI professor hopes to share her molecular detection technology with developing countries to prevent the spread of human pathogens. 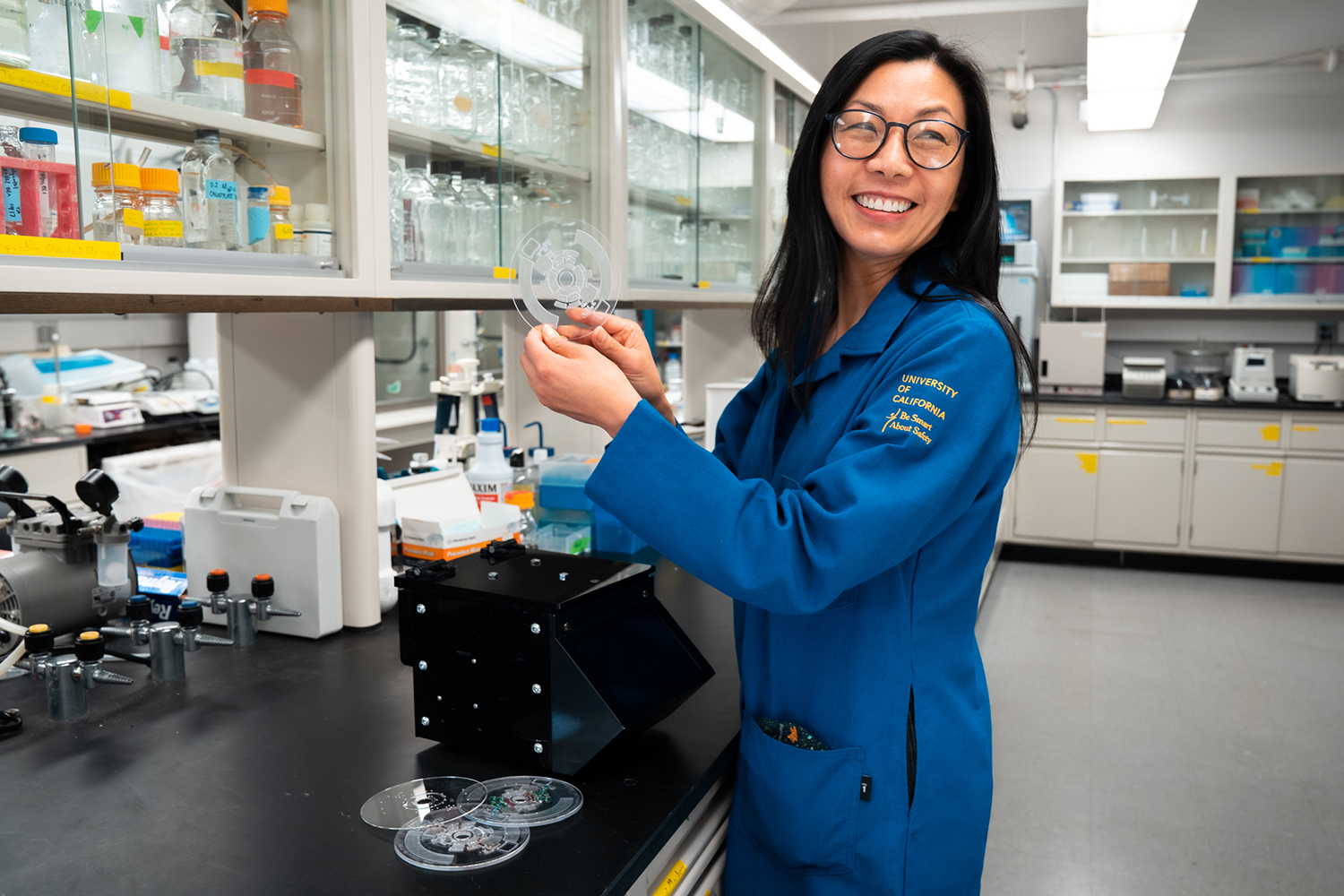 June 1, 2022 – More than 780 million people worldwide lack access to clean water. Even more so, 884 million people do not have water that’s safe enough to drink, according to the CDC.

Sunny Jiang, Ph.D., hopes to shed some light on an all-too-familiar topic that has been an upstream battle for many countries across the world: water cleanliness.

Jiang’s initial curiosity was fueled by her love for marine science and led her down a path to develop a detection system that’s simple enough for anyone in the world to use to determine if water is contaminated. Jiang, professor of Civil and Environmental Engineering the Henry Samueli School of Engineering, has also served as an authority on water resources and studies ways to create those resources for desert climates such as those located within Southern California.

“Protecting water quality and water resources is important for everyone and society,” said Jiang. “Bringing awareness and protecting human health from contaminated drinking water is something that is needed around the world.” 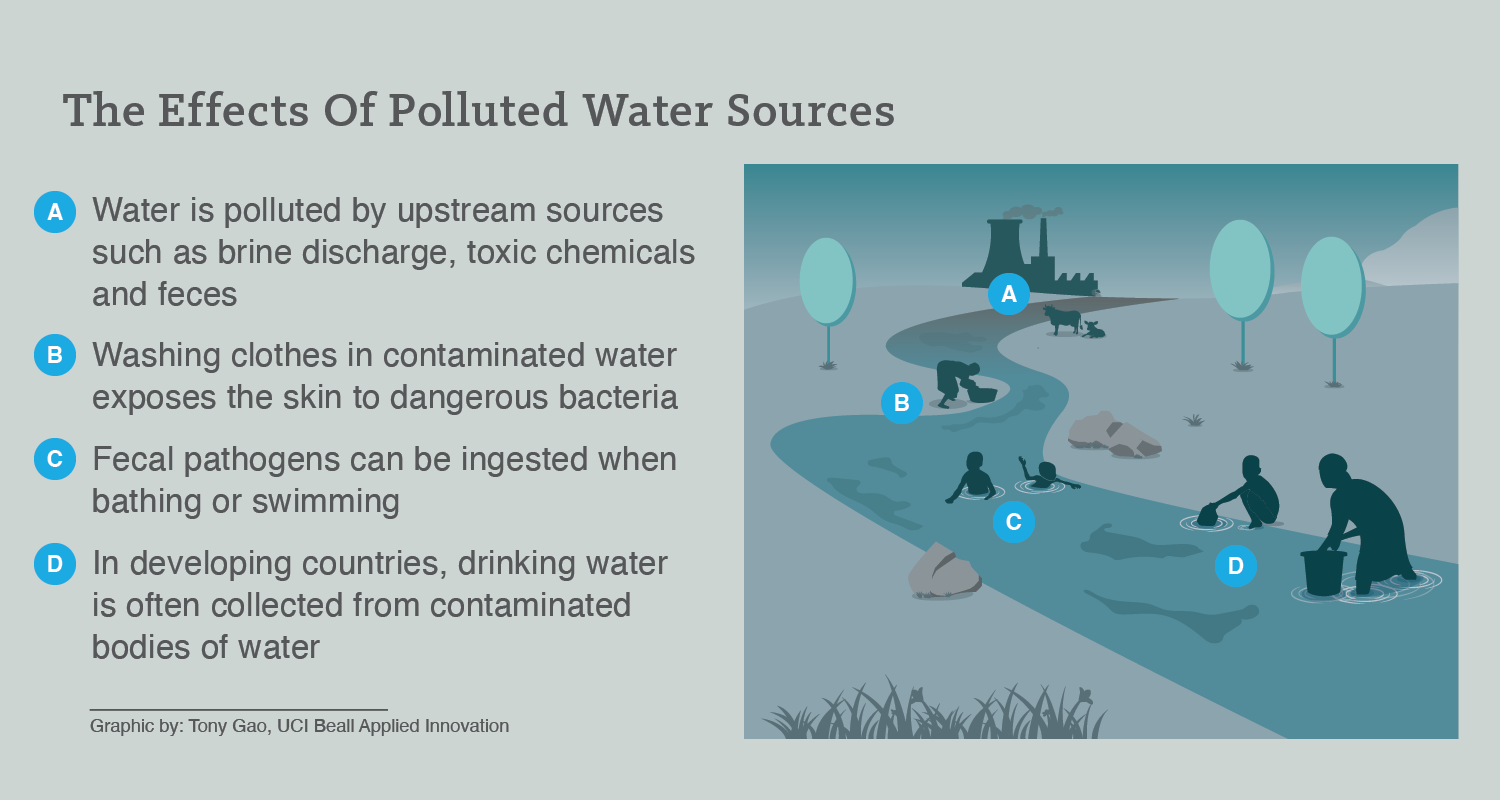 An avid scuba diver, runner, and surfer, Jiang dove deeper into marine science and studied Marine Microbiology and Biotechnology at the University of South Florida. Most of Jiang’s early research focused on determining the source of the pollution in the environment, which lead Jiang to focus on markers of wastewater along the coastal ocean.

Her graduate studies took Jiang to the Hawaiian island of Oahu where she studied a pivotal case that involved the city’s wastewater discharge of primary effluence, or raw wastewater that has not been cleaned, outside of Waikiki Beach.

In addition to studying in Hawaii, Jiang has explored the Great Barrier Reef, Red Sea, Hawaii, Florida and, of course, California. The oceans make up 70% of the Earth’s surface and contribute to 99% of habitable space on the planet, according to NASA. They also have crucial impacts on the weather and climate in addition to absorbing 50% of carbon dioxide produced by humans burning fossil fuels.

“I just feel like the ocean gives you peacefulness and calmness,” said Jiang. “Even if you don’t get in the water, you can still enjoy the beach.”

A Solution for Pollution

Most ocean water pollutants, approximately 80%, originate from nonpoint source pollution according to NOAA, which is caused by land runoff, rain or snowmelt picking up natural and man-made pollutants, such as fertilizers, insecticides, oil and grease, and other toxic chemicals and waste, according to Jiang. In countries like the U.S., domestic sewage and industrial wastewater are commonly treated through a step-by-step process to remove most of the pollutants before being discharged to the environment.

“In developing countries, people lack the sanitary facilities and use the river or environment as a toilet, and the water quality becomes very problematic because they also use the river water as drinking water,” said Jiang. “There are outbreaks of diseases such as cholera. Pathogens such as E. coli, Hepatitis A, Giardia, are commonly found in waters in many emergent nations.”

The toilet is often considered taboo in some developing countries, and Jiang says bathrooms are not talked about or cleaned in these countries. In response, Jiang is working in partnership with her colleague Michael Hoffmann, Ph.D., John S. and Sherry Chen professor of Environmental Science at CalTech, on bringing awareness to these populations. Together, they are reinventing the toilet and, with funding from the Bill & Melinda Gates Foundation, Jiang is evaluating the effectiveness of treating waste through solar and electric-chemical treatment.

But Jiang also realized there needed to be something else that could easily be used by the general population to show the water is unsafe.

“You want a tool that local people can use. You want to tell them the reason why you and half the village are sick is not because you’re cursed, it’s something in your water,” said Jiang. 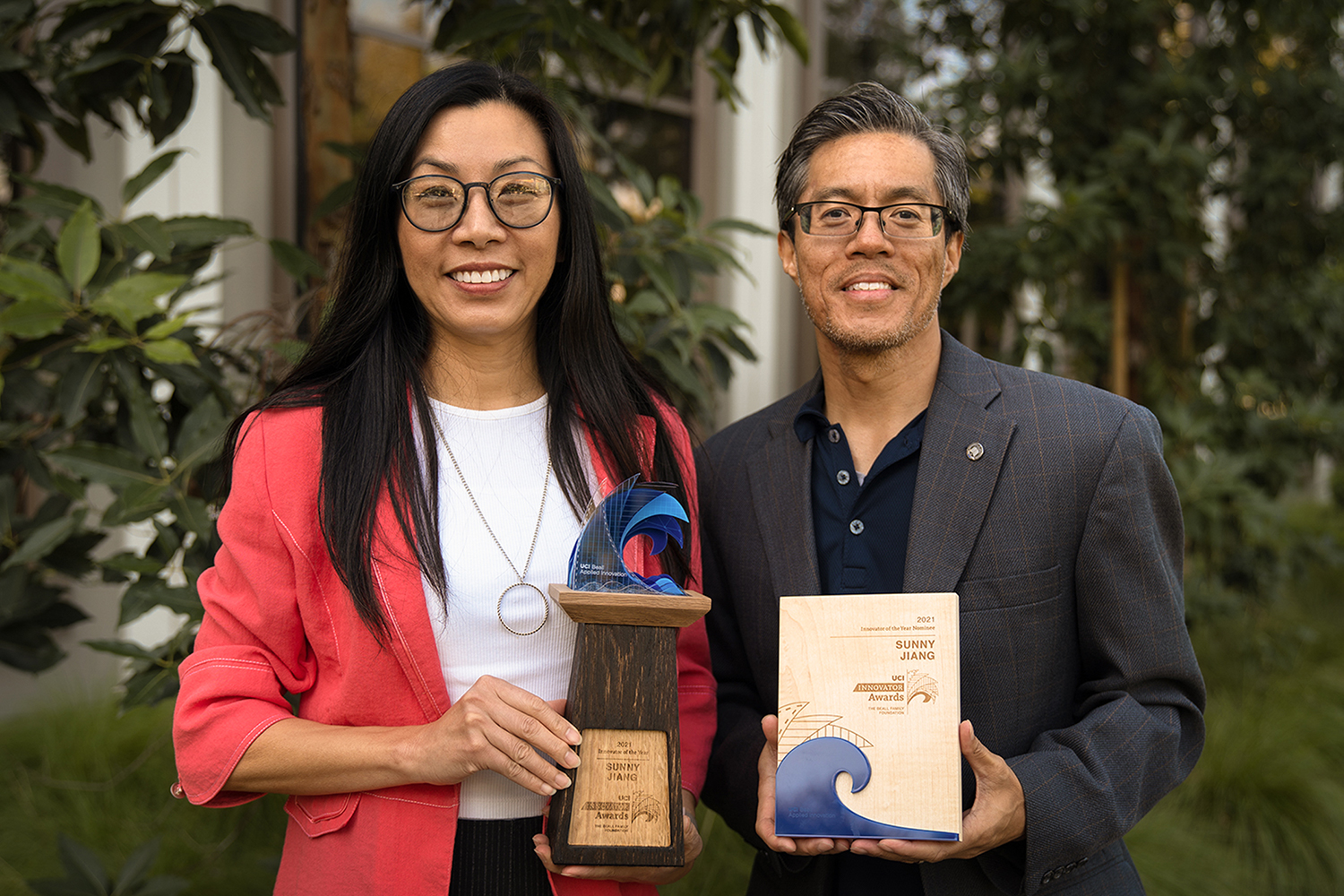 In addition to reinventing the toilet, Jiang and her lab are developing a portable pathogen analysis system prototype. This microfluidic disc uses LAMP-based technology, a rapid and sensitive testing method that uses DNA amplification to test for a specific gene, to detect waterborne pathogens, like fecal bacteria, and uses an enzymatic reaction to indicate whether the water is clean or not.

This technology, Jiang says, is designed to be user-friendly so that anyone anywhere in the world can simply test a sample of water to determine if fecal matter is present. Jiang has patented her technology through UCI Beall Applied Innovation’s Research Translation Group and was awarded the 2021 UC Irvine Innovator of the Year award, which recognizes distinguished innovators who have demonstrated excellence by developing breakthrough ideas, processes or technologies.

Though Jiang has no plans to create a startup, she says several people have reached out to learn more about her technology. However, the chips created for the microfluidic disc within the prototype are difficult to reproduce outside of the lab, according to Jiang.

“You have to convince manufacturers to create the chip because those chips are carved by my graduate students, so reproducibility is a problem,” said Jiang.

Jiang and her graduate students are creating a portable pathogen analysis system prototype, including the specialized chips, and are working with local water authorities to experiment with the technology.

Southern California has had its fair share of droughts in recent years with 2021 being the driest in a century, according to the U.S. Drought Monitor. What was previously thought to be a viable resource for the region, the Colorado River is now experiencing a water shortage, declared in 2021 for the first time by the Department of the Interior.

Now more than ever, water is a precious resource that has propelled a deluge of legislation surrounding usage, primarily with landscaping and farming. These commercial and residential changes are often encouraged through rebate programs and other incentives. But despite legislation in place, in the next 10 years, Southern California residents will be drinking reclaimed wastewater, according to Jiang. Reclaimed wastewater is highly treated and has most recently been approved to incorporate into the local drinking water supply in the city of Oceanside.

In the last several decades, desalination plants have been popping up along the west coast of the U.S. There are 2 large plants in California to produce municipal drinking water and many smaller plants across the U.S. and despite their reputation for massive energy consumption and environmental impact, Jiang wants to continue to study the capabilities of the plants.

“The good news is that in Orange County over the next decade, you are going to be drinking wastewater. The bad news is there’s not enough sewage to go around,” said Jiang. “With the population growth, we still don’t have enough water and everyone wants a piece of the Colorado River and Northern California’s water.”

Jiang is working with her colleagues in civil and environmental engineering to find a way to counter the plant’s energy consumption as well as mitigating the brine discharge.

“I think this is an opportunity for research to move this issue forward. Drought conditions have challenged our minds to think more creatively to solve these contemporary issues and we should be up for the challenge,” said Jiang.

Though Jiang hasn’t thought about commercializing her technology yet, she wants to determine if her technology will make a significant impact in the marketplace as well as the scalability of the specific chip in her portable pathogen analysis system.

“If my technology could be implemented into the broader world, that would be very rewarding, but I haven’t really figured it out yet. I’m still driven by my curiosity. I’m asking a lot of scientific questions still rather than thinking about commercialization just yet,” said Jiang.

Watch Sunny Jiang share more about her technology in her lab!