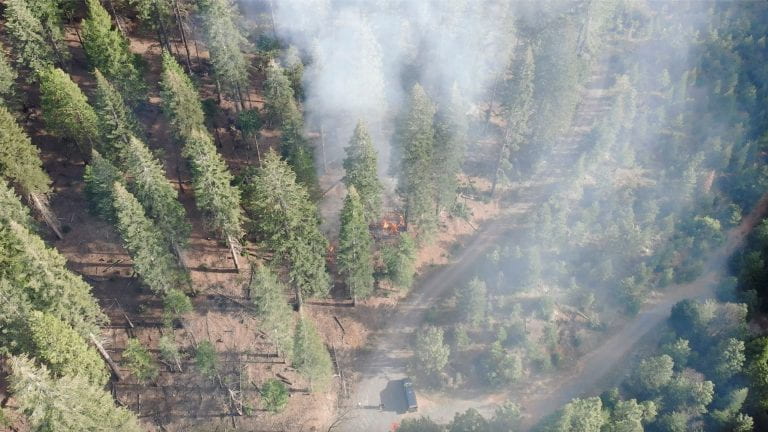 May 16, 2022 – Prescribed burning of ground-level shrubs, branches and leaves is a time-tested tool to help prevent wildland fires from getting out of control, but a team led by researchers at the University of California, Irvine suggests that the practice isn’t used frequently enough.

For a paper published recently in the journal Science of The Total Environment, the scientists conducted an in-depth assessment of meteorological and vegetation data spanning 35 years, finding several additional periods during winter and spring in which wind, temperature and humidity levels would allow safe and effective human-set blazes.

“California’s wildfires have been getting worse every year in recent decades, owing to factors such as climate change and a century-long fire deficit coupled with a buildup of vegetation and fuels,” said study leader Tirtha Banerjee, UCI assistant professor of civil and environmental engineering. “Prescribed burns can help alleviate this problem, but only if they’re done with adequate frequency and over a large enough territory in the places where they are needed.”

According to the study, about 40 percent of controlled burns happen in the fall, about 25 percent in the winter and again in the spring, and roughly 10 percent in the summer. Spring, winter and fall have comparable burn efficiency rates, which is the ratio of acres burned to burns per season. That means the number of burns in winter and spring could be increased, especially in Northern California.

However, the study found that the number of days with favorable weather conditions for prescribed burns is shrinking by one day per year in winter and spring, according to lead author Janine Baijnath-Rodino, UCI postdoctoral scholar in civil and environmental engineering. “The time is now to capitalize on these burn opportunities before they become less frequent in the future,” she said.

The study also addressed out-of-date thinking about the permitting process. “For example, research has shown that although fall is the most optimal season for Rx burns, permitting does not begin until the heart of that season ends,” she said. Compounding the problem, fears among California residents that prescribed fires might inadvertently escape can pressure authorities to curtail controlled burns and create difficulties in approving future burn plans.

“Limited burn windows are one of the biggest obstructions to conducting more prescribed fires in California,” Banerjee added. “We hope the findings of this study will inspire policy changes to address this situation.”

Joining Banerjee and Baijnath-Rodino on this project were Shu Li and Mukesh Kumar, UCI Ph.D. students in Banerjee’s research group in civil and environmental engineering; former UCI Ph.D. student Alexandre Martinez; Lenya Quinn-Davidson, University of California Agriculture and Natural Resources; and Robert York, UC Berkeley. The work was funded by the University of California Office of the President as a part of the SPARx project (Transforming Prescribed Fire Practices for California: Smart Practices and Architectures for Rx fires, led by Banerjee) and by the National Science Foundation and the United States Department of Agriculture.

About UCI’s Brilliant Future campaign: Publicly launched on Oct. 4, 2019, the Brilliant Future campaign aims to raise awareness and support for UCI. By engaging 75,000 alumni and garnering $2 billion in philanthropic investment, UCI seeks to reach new heights of excellence in student success, health and wellness, research and more. The Henry Samueli School of Engineering plays a vital role in the success of the campaign. Learn more by visiting https://brilliantfuture.uci.edu/the-henry-samueli-school-of-engineering/.