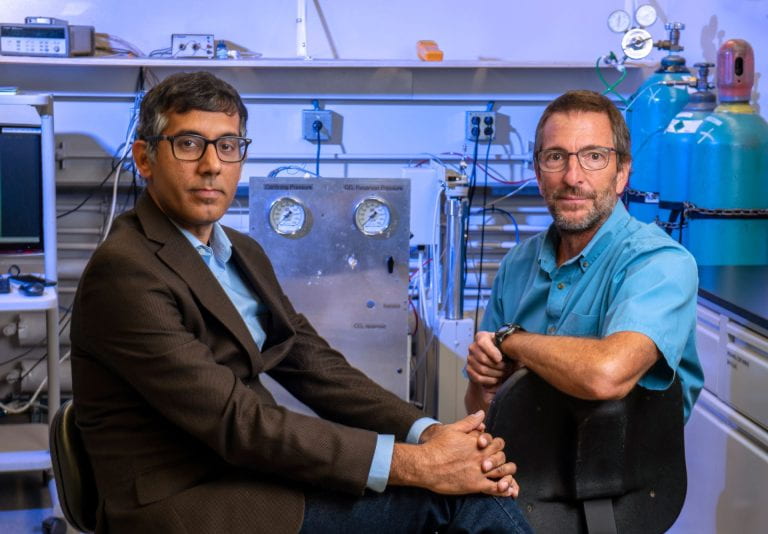 Oct. 19, 2022 - In addition to recommending a drastic curtailment and, ultimately, the end of fossil fuel consumption for energy, transportation and industry, some scientists and engineers have advocated vacuuming carbon dioxide out of the air and storing it underground to combat climate change.

Researchers at the University of California, Irvine and Pacific Northwest National Laboratory have conducted a detailed examination of the chemical processes involved in converting CO2 gas into a solid that could be buried beneath Earth’s surface, where it would remain indefinitely instead of leaking back out into the atmosphere. In a paper published recently in Nature Reviews Chemistry, the UCI and PNNL scientists describe the transformation that takes place when CO2 meets ultrathin films of water on underground rocks containing various types of metals.

“Certain types of rocks, such as those containing basalt, are rich in divalent metal cations that naturally convert CO2 into stable metal carbonate matter,” said co-lead author M.J. Abdolhosseini Qomi, UCI associate professor of civil and environmental engineering. “Understanding how this process works at the molecular level will help us utilize this beneficial chemistry to help solve the problem of runaway climate change.”

The researchers suggest that there may be regions – on continental land and in the oceans – with the right quantities and ratios of metallic elements and water to facilitate a natural process of carbon solidification, resulting in the safe sequestration of enormous amounts of the greenhouse gas.

“Theoretically, the CO2 storage capacity in continental flood basalts, oceanic igneous plateaus and basalt ridges exceeds 105 gigatons, which is significantly more carbon dioxide than is emitted from all fossil fuel resources on Earth, according to previous studies,” Qomi said. 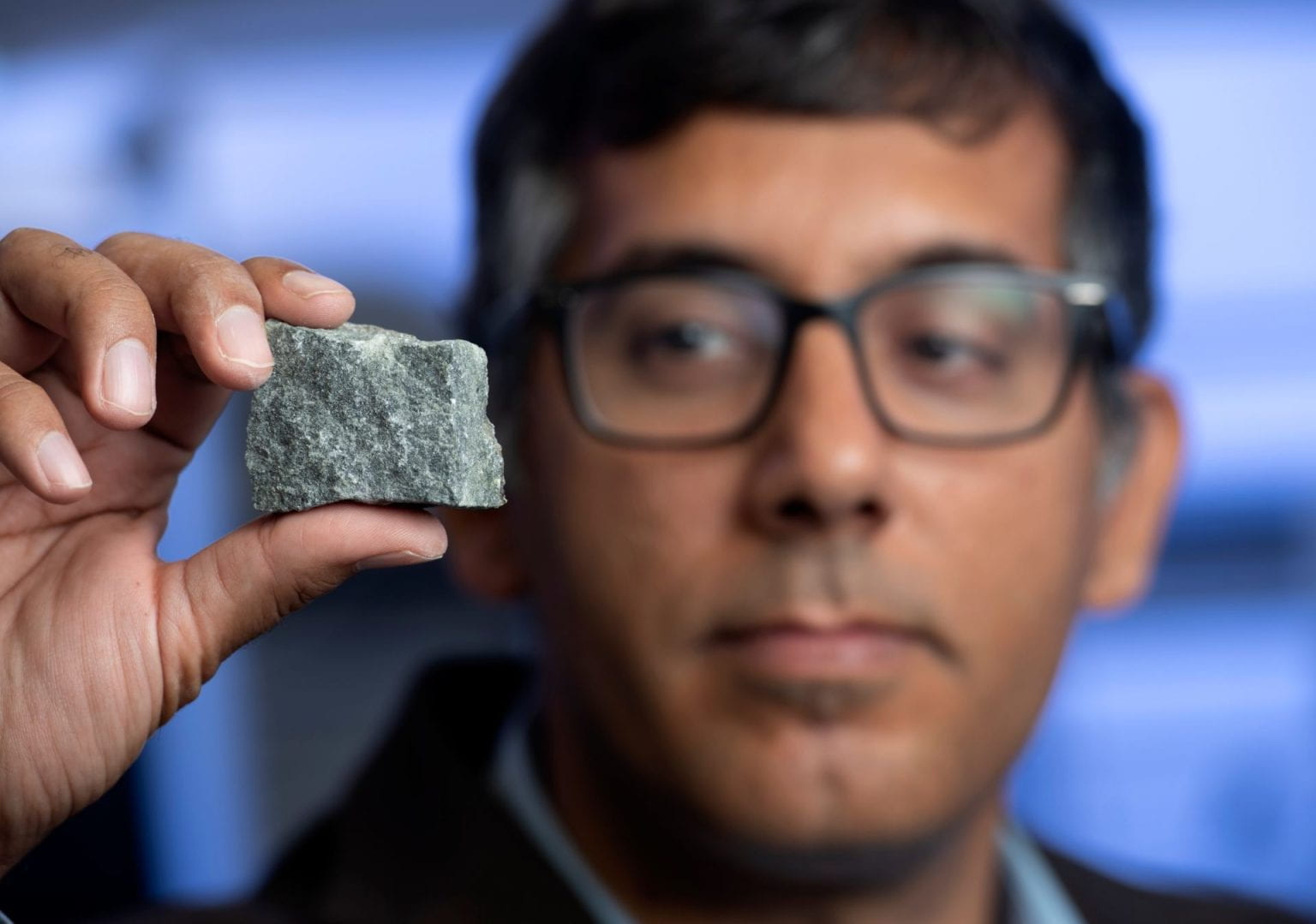 He added that in addition to these natural mineral carbon sinks, the future may bring new techniques to facilitate the conversion above ground using either natural rock or synthetic analogues: “We can tuck this carbonate away or consider ways of using it as raw materials with a variety of industrial and structural engineering applications.”

Russ Detwiler, UCI associate professor of civil and environmental engineering, said, “In a laboratory, we can tune the ratio of water to CO2 and observe carbonates forming in real time. During the process, we can see which chemicals and compounds are present at different stages; this renders essential information about reaction pathways.”

In the paper, the researchers propose augmenting lab experiments with modeling. Given the difficulty in viewing interactions among individual molecules, computational chemistry models can fill a gap by offering detailed predictions of process outcomes.

“There are important synergies between models and laboratory or field studies,” said Qomi, a frequent collaborator with PNNL scientists. “Experimental data grounds models in reality, while models provide a deeper level of insight into experiments.”

The study, which was supported by the U.S. Department of Energy Office of Science, also involved researchers at the University of Wyoming.

About UCI’s Brilliant Future campaign: Publicly launched on Oct. 4, 2019, the Brilliant Future campaign aims to raise awareness and support for UCI. By engaging 75,000 alumni and garnering $2 billion in philanthropic investment, UCI seeks to reach new heights of excellence in student success, health and wellness, research and more. The Henry Samueli School of Engineering plays a vital role in the success of the campaign. Learn more by visiting https://brilliantfuture.uci.edu/the-henry-samueli-school-of-engineering