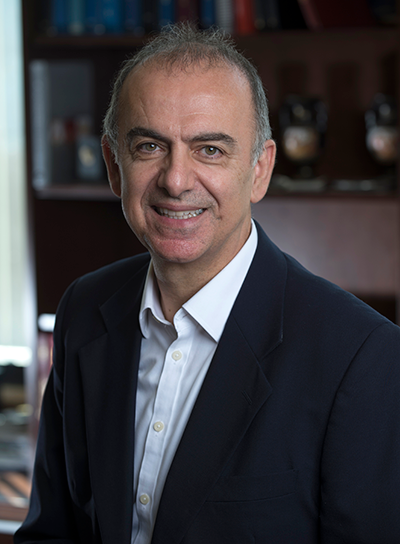 Athanasiou is a longtime member and volunteer of the society. He served as BMES president (2003-04), as editor-in-chief of the flagship journal, Annals of Biomedical Engineering (2009-17), and he established the Athanasiou Awards for student and postdoc authors of ABME papers. Under his presidency, BMES assumed accreditation responsibilities by becoming a member of the Accreditation Board for Engineering and Technology (ABET). He was also a member of the 2005 inaugural class of BMES Fellows.

A senior academic researcher at the Samueli School of Engineering, Athanasiou specializes in developing advanced engineered tissues and coming up with other technologies to address a wide variety of medical issues. He is well-known for making implants that help cartilage heal and repair itself. Athanasiou’s approach has been to create cartilage constructs to fill in cracks and defects in joints, allowing for the return of smooth, pain-free movement. He is now leading efforts toward clinical use of cartilage implants to alleviate disc maladies in the jaw joint.

The Herbert Voigt Distinguished Service Award is given periodically at the discretion of the BMES president, and current BMES President John White selected Athanasiou as the 2022 recipient. BMES serves as the lead society and professional home for biomedical engineers and bioengineers. Its membership has grown to over 5,500 members, with more than 160 student chapters, three special interest groups and four professional journals.