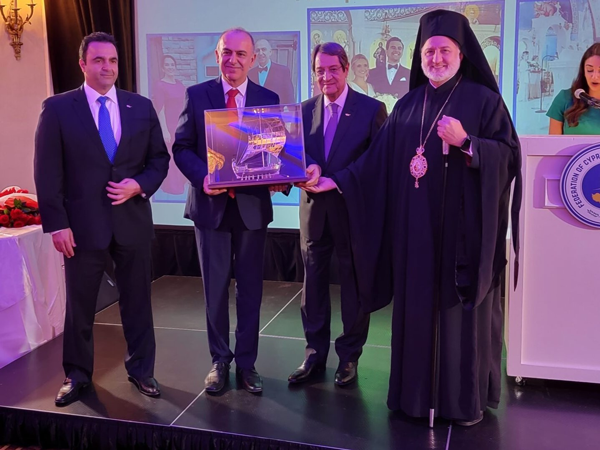 FCAO is a nonprofit organization that works to preserve and promote the Cypriot culture, heritage, principles and ideals in the U.S. through social, educational, philanthropic and cultural activities. It is an umbrella organization that includes 28 Cypriot-American associations. Past Lifetime Achievement Award recipients include then-Senator Joseph Biden, former Prime Minister of Greece Konstantinos Karamanlis, Chairman of Biogen Stelios Papadopoulos and other highly accomplished individuals.

Athanasiou, born and raised in Larnaca, Cyprus, came to the U.S. in 1980 to attend university. He joined the UCI faculty in 2017.

“The FCAO Lifetime Achievement Award is a great honor which I accepted with both delight and humility,” Athanasiou said. “Delight because though every prize or award is important, recognition from the FCAO, representing Cyprus, my beloved island of birth, touches a deep chord within me and floods me with nostalgia for the homeland of my childhood and youth. I also feel humility because I am keenly aware of the low socioeconomic status of my family when I left Cyprus to come to the U.S. in 1980.” 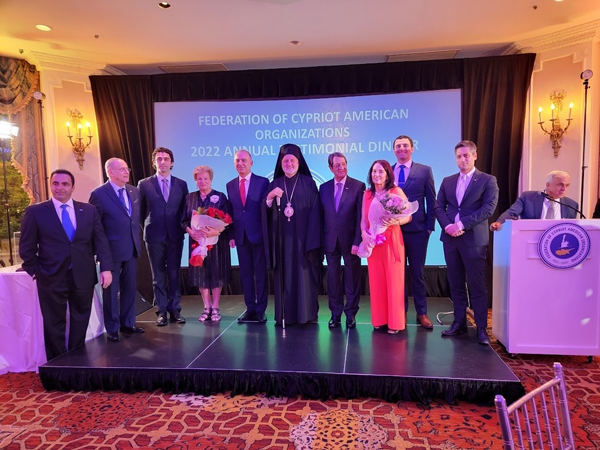 Through his work, Athanasiou has enormously impacted health science and technology, addressing significant societal needs through the development of life-saving technologies. The senior academic researcher has spent his career inventing biomimetic tissues for use in treating damaged knees, jaw joints, hips, shoulders and other joints. Along the way he has become a leading authority on the process of translating engineering innovations into commercially available medical instruments, devices and biologics.

Athanasiou is well-known for making implants that help cartilage heal and repair itself. His scaffolds provided the first cartilage implant to treat joint defects and have also been used as bone and dental fillers. Athanasiou’s approach has been to create cartilage constructs to fill in cracks and defects in joints, allowing for the return of smooth, pain-free movement. His functional, tissue-engineered cartilage replacements can be put to use all over the body – from nose to spine, ears, knees, hips and shoulders.

Athanasiou was elected to the National Academy of Medicine in 2020. He was also inducted into the National Academy of Inventors in 2014. He is a fellow of the American Association for the Advancement of Science; the American Society of Mechanical Engineers; the American Institute for Medical and Biological Engineering; and the Biomedical Engineering Society, of which he was president (2003-04). He has published 380 peer-reviewed articles, 355 conference proceedings and abstracts, 20 books, and 35 patents and trademarks. 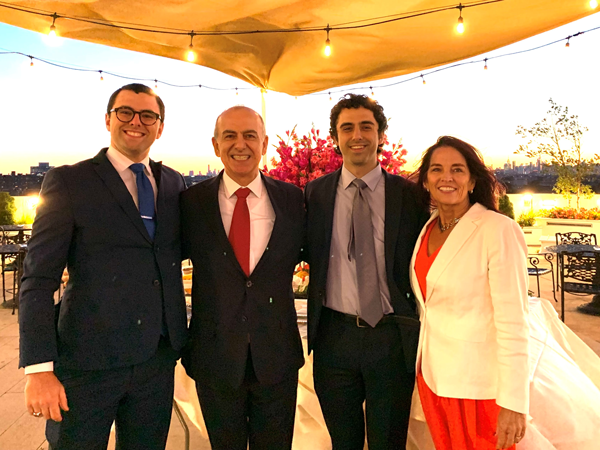 “When one realizes that one quarter of the population suffers with some form of cartilage malady, then one becomes keenly aware of the magnitude of our progress in cartilage tissue engineering and regenerative medicine,” Athanasiou said.

The Lifetime Achievement Award was presented to Athanasiou by the President of the Republic of Cyprus Nicos Anastasiades, Archbishop of the Greek Orthodox Church of North America Elpidophoros, and FCAO President Kyriacos Papastylianou at FCAO’s annual Testimonial Dinner in New York. They all gave speeches in which they highlighted Athanasiou’s contributions. At his side at the Testimonial Dinner were Athanasiou’s wife, Kiley, and their two sons, Aristos and Thasos. A touching moment for Athanasiou was when his wife, who introduced him to the audience, presented a slideshow of photos from Athanasiou’s youth.

“At the end of the day, to me, it is all about family, and being surrounded by Kiley, Aristos and Thasos was exceedingly moving,” Athanasiou said.