She connects equity, samurai swords, imaging and an automated way to count and track mitochondria. 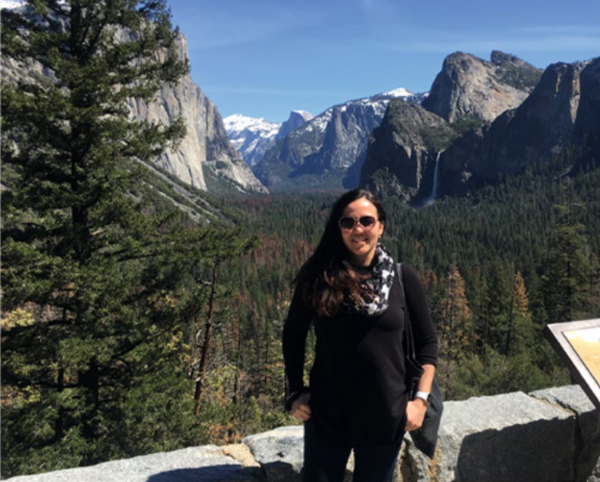 Aug. 19, 2021 - “My path to faculty was definitely not standard or straight,” says Michelle Digman, who is on the faculty of the Department of Biomedical Engineering at the University of California, Irvine (UCI), where she develops imaging techniques, shapes the department’s policies on equity matters and does outreach programs for local community college and high school students from minorities under-represented in science. She co-directs the Laboratory for Fluorescence Dynamics, directs the W.M. Keck Nanoimaging Laboratory and was recently named an Allen Distinguished Investigator for a bioluminescence imaging project she is working on with UCI colleague Jennifer Prescher.

After obtaining her Ph.D. degree in chemistry at the University of Illinois, Chicago, she was a postdoctoral fellow in the physics lab of Enrico Gratton at the university’s Urbana-Champaign campus. Then she followed Gratton’s move to UCI, where she completed her fellowship. Next, she became scientific director of UCI’s optical core. “I like helping people,” she says.

After a few years, though, she missed developing and using advanced imaging to pursue her own research and began the hunt for a faculty post. But it was right during a US economic downturn. Interviews took place but universities followed up to notify her that, as a result of the downturn, they could not hire after all. “I didn’t lose hope, though,” she says. Her multi-disciplinary background seemed a blemish. Even in an age that prizes interdisciplinary projects, she heard reactions in the vein of: “You’re not really a chemist or you’re not really a biologist,” she says. “It was just really hard to feel like I belonged in a department.” That changed when she started applying for posts in biomedical engineering. Universities liked her background in chemistry, physics, biology and computing.

Despite other offers, she decided to stay in Irvine, where she had already found collaborators. Staying would accelerate her ability to set up her lab, she says, and help her students “hit the ground running.” In her first year as principal investigator, she had five Ph.D. students. She welcomes people into her lab from diverse training backgrounds.

From this diverse lab now comes Mitometer: software to automate the way mitochondria are segmented and tracked in live-cell imaging and to avoid needing to piece together a computational pipeline of several tools. Digman is happy that Mitometer can capture the structure and size of mitochondria, count fission and fusion events, continuously track mitochondria, and capture their motility and velocity. Such information can be connected to metabolic data.

Mitochondria give scientists a workout. “Sometimes mitochondria can get clustered in one particular spot,” she says, which gets in the way of accurate counting. “If you want to count them, the algorithms will just count the blob as one gigantic spot.” Austin Lefebvre, a Ph.D. student in Digman’s lab, worked out a way to apply fluorescence intensity thresholds to remove image noise. The software loops through images to computationally locate the mitochondria. The team applied Mitometer to synthetic data and then to confocal images of breast cancer cells and found that cancerous and non-cancerous cells differed in motility and morphology. They connected that information to metabolic differences found using fluorescence lifetime imaging. Tumor cells and non-tumor cells differ in the free and bound ratio of the coenzyme NADH, which is important in cellular energy production. This hints at potential ways to target mitochondria for therapeutic purposes.

Of her future plans, Digman says, “We would like to use Mitometer a lot more.” And she hopes it can be used in other labs. Neuroscientists could use it to track mitochondrial journeys in long axons, she says. After collecting a time-lapse image series and setting some parameters, labs should find the system easy to use. “Austin has made this platform, let’s say, anyone-proof.”

Anyone should also be able to enter science, which is why she has set up, in her lab, a summer week for local community college and high school students from groups under-represented in science. Observing the students, Digman says, “I think they are really transformed.” Their tasks relate to work in her and other UCI labs. For example, they have explored using fluorescence lifetime imaging to detect how macrophage types differ in terms of metabolism.

Beyond these activities, Digman practices the martial art of iaido, an ancient samurai-sword-drawing technique from Japan. The movements are intended to look and feel effortless. “It’s almost a meditative art form for me,” she says. Iaido is a way to develop strength and to practice a traditional martial art. “The purpose is to display an ultimate level of true and pure beauty.”

Says cell biologist Rick Horwitz, “Michelle has this extraordinary ability to bridge complex biophysical technologies with cutting edge biological problems.” Digman spent part of her postdoctoral fellowship in his lab at the University of Illinois. Others attempt such bridges without understanding the methods, or they marry methods with mundane biological problems or fail to grasp nuances of experimental cell and molecular biology, says Horwitz who is senior advisor and inaugural executive director emeritus of the Allen Institute for Cell Science.

Digman has “the magic” to make projects happen and the collaborative spirit to bring community with her, he says. “Unlike some outstanding scientists, Michelle is a wonderful colleague—generous, helpful, collaborative, a real team player, and liked by everyone.”