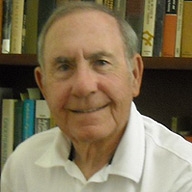 Sept. 20, 2021 - UC Irvine Professor Emeritus Gary Guymon died Sept. 3, 2021, at his home in Montrose, Colorado, just two months before his 86th birthday. Guymon served on the UCI engineering faculty for 20 years (1974-94), bringing an expertise in water resources to the environmental engineering program and serving as the founding chair of the Department of Civil Engineering (1984-88), the forerunner of today’s Department of Civil and Environmental Engineering.

Guymon was born Nov. 5, 1935, in Farmington, New Mexico, to Grace and Leland Guymon. He went to high school in Durango, Colorado. Guymon began his career as an engineer with the California Department of Water Resources in 1955, a role he held for 11 years. He attended UC Davis where he earned a bachelor’s degree (1966), master’s degree (1967) and doctorate (1970) in civil engineering. He was an associate professor at the University of Alaska Fairbanks before joining the UCI faculty.

His research interests were in water resources, groundwater, hydrology, mathematical modeling and uncertainty in hydrologic processes. Guymon was active in developing finite-element models for use in water resources, developing regional models of surface water and groundwater useful for management, and in research relevant to infrastructure in the arctic such as freeze-thaw heat-transport modeling in areas of permafrost. His textbook "Unsaturated Zone Hydrology" is well cited, and he developed a coupled model of heat and moisture transport for arctic soils that stands out as one of his most impactful research contributions, according to Brett Sanders, professor of civil and environmental engineering and a former department chair.

“I was saddened to hear of Gary Guymon's passing, and on behalf of our department, express our sincere condolences to his family,” said Stephen Ritchie, CEE professor. “As the CEE department chair, Gary actually hired me in 1985 and was always fully supportive and generous of his time. His dedicated and visionary leadership as chair and his scholarly achievements were instrumental in laying a strong foundation for CEE to become one of the top departments in the country today. He had a kind heart, an at-times mischievous sense of humor, and a love for UCI and the academic life.”

The family is planning a private celebration of life service at Black Bear Pass, Colorado.