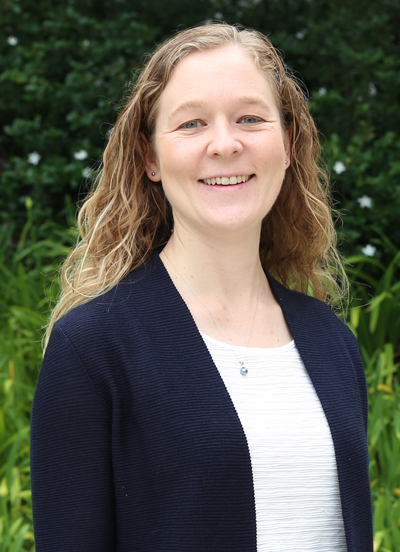 Lopour is collaborating with pediatric epilepsy specialists at Children’s Hospital of Orange County (CHOC) on the research that she hopes will improve the quality of life for children with the most severe cases of epilepsy, a disorder in which nerve cell activity in the brain is disturbed, causing seizures.

For people with severe epilepsy, whose seizures persist despite taking multiple seizure medications, surgery may be the best option. To determine where the seizures are originating, clinicians implant electrodes directly onto a patient’s brain to continuously record electrical activity. This invasive recording may last days to weeks, until enough data is captured to proceed with surgery. Surgeons and epilepsy specialists then use this information, combined with brain imaging and other test results, to guide removal of the seizure-generating brain tissue.

The problem is current epilepsy surgery does not always work to curtail seizures. The majority of patients remain on anti-seizure medications after surgery, and roughly half of patients continue to have seizures.

“The long-term goal of this grant is to improve the outcomes of patients undergoing epilepsy surgery by developing more accurate methods to localize seizure-generating tissue,” said Lopour.

Specifically, Lopour is developing recording techniques, computational algorithms and data analysis methods to better identify and measure high-frequency oscillations, the short bursts of high-frequency electrical activity that occur in the brains of patients with epilepsy. Recent research has suggested that HFOs are a good biomarker of where seizures originate, and surgically removing HFO-generating brain tissue increases the likelihood of seizure freedom after surgery.

Lopour is working with CHOC Drs. Daniel Shrey, a pediatric neurologist and epilepsy specialist, and Joffre Olaya, a pediatric neurosurgeon. The team plans to conduct the research within the framework of the physicians’ current clinical practice with patients they are already seeing.

“We believe that our novel techniques will help to identify patients who would not significantly benefit from surgical removal of brain tissue and therefore allow them to avoid unnecessary and ultimately unsuccessful operations,” said Shrey. “Second, we believe that accurate and robust measurement and detection of HFOs will improve our ability to identify surgical candidates. In instances where no seizures or an insufficient number of seizures are captured during intracranial monitoring to make a clinical decision about surgery, we hope that including HFO data will give us sufficient confidence to pursue surgery, when appropriate.”

Lopour explains that seizures are unpredictable and scary, which not only affects the quality of life of the child but also their caregivers and family. She is grateful for the support and participation from the patients and their families at CHOC. “Participating in clinical research is a brave and selfless act, and we are continuously humbled by the trust and support these families afford us,” said Lopour. “It is only because we have such great partnerships between researchers, clinicians and families that we can pursue such impactful work, and we sincerely hope our endeavors lead to improvements in the care and outcomes of patients with epilepsy.”