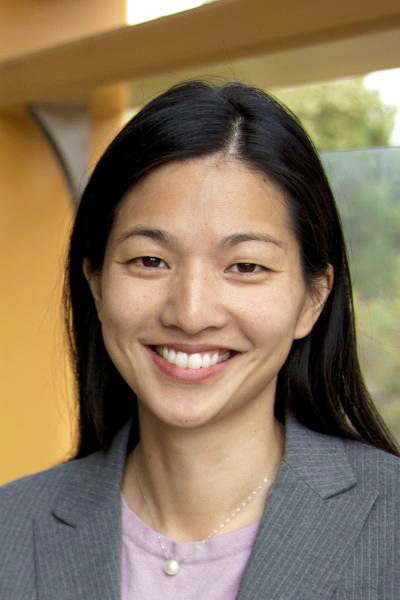 June 21, 2021 – The key to unlocking the mystery of how the immune system helps heal wounds appears to be in understanding the role of a protein called Piezo1, according to research by UC Irvine’s Wendy Liu.

Liu, associate professor of biomedical engineering with a joint appointment in chemical and biomolecular engineering, published research on Piezo1 in the May 31, 2021, issue of Nature Communications.

“In our study, we examined how cells of the immune system – specifically macrophages – respond to the stiffness of a material,” Liu explained. “Stiffness is important in many biological contexts. For example, when medical devices are implanted into the body, the materials they are made out of are usually much stiffer than the tissue around it, and these implants can cause inflammation and scarring that is mediated by macrophages. In addition, tumors or diseased cardiovascular tissues are often stiffer than healthy tissue, and macrophage activity is also involved in these diseases.”

The study revealed that Piezo1, which allows ions like calcium to pass through cell membranes, is a mechanosensor (able to sense mechanical stimuli) of stiffness in macrophages, and its activity modulates the behavior of these cells. In stiff environments, the ion channel becomes activated, causing more calcium in the cells and higher levels of inflammation. Macrophages cultured on soft substrates have reduced inflammatory activation when compared to cells adhered to glass or other stiff substrates.

“We found that macrophages that lack the Piezo1 channel could not sense different stiffness environments,” Liu said. “Furthermore, stiffer implants usually cause more scarring compared to soft implants. However, when Piezo1 was not present, scarring around the stiff implant was much less, and more like the response to a soft implant.

“By identifying a molecule that is required for sensing different stiffness environments, we can start thinking about therapies that target Piezo1 and control inflammation.”

Liu’s research was a collaboration with Medha Pathak and Michael Cahalan, both from the UCI School of Medicine. “Professor Pathak is an expert in Piezo1 and has previously studied a role for this ion channel in neural stem cells,” said Liu. “Her lab provided much guidance in the tools to study Piezo1. Professor Cahalan is an expert in calcium signaling and imaging, and his lab developed a calcium reporter that allowed us to visualize calcium signals in macrophages.”

Pathak, assistant professor of physiology and biophysics, added, “This was a truly fun collaboration that identified astonishing new roles for the Piezo1 channel in the immune system. We are excited to continue working together toward a deeper understanding of Piezo1's role and how those insights could be harnessed for therapeutic purposes.”

“Together,” said Liu, “we could visualize Piezo1-dependent calcium in macrophages in ways that previously had not been done.”