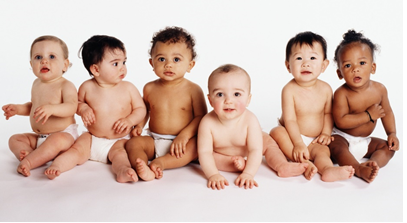 April 1, 2021 - A collaborative team centered in the University of California, Irvine and including Children’s Hospital Orange County and Chapman University has been awarded a three-year grant totaling in excess of $2.3 million to address the health impacts of adverse childhood experiences (ACEs) using precision medicine.

Led by Tallie Z. Baram, MD, PhD, Bren Distinguished Professor and director of the Conte Center at UCI, the UCI, CHOC and CU team has established two goals. The first is to identify the degree to which unpredictability of early life experiences interacts with established ACEs to influence children’s neurodevelopment. The second is to employ a novel epigenetic approach, with a goal of discovering, for each child, a marker that can predict their level of resilience, so targeted interventions can be delivered to children who need them most.

“The burden of ACEs is not equally distributed. There exists a greater risk of exposure among low socioeconomic and racial/ethnic minority communities,” said Baram. “Through this project we seek to determine how both established ACEs and a new, preventable ACE influence children’s emotional and cognitive behaviors, and identify a way to predict early-on if a child is impacted by ACEs or is resilient. Our goal is to enable caregivers to provide special attention and intervention to those most at need, ameliorating health disparities.”

ACEs affect two-thirds of Californians directly and can complicate physical and mental health across the lifespan. The UCI team intends to screen 100,000 children across Orange County, California for the study.

In addition to Baram, principal investigators on the UCI team include Michael Weiss, DO, vice president of population health for CHOC; Dan Cooper, MD, associate vice chancellor for clinical and translational science, professor of pediatrics and biomedical engineering, and director of UCI’s Institute for Clinical and Translational Research; Laura Glynn, PhD, professor of psychology, and associate dean for research at Chapman University; and, Candice Taylor-Lucas, MD, associate professor of pediatrics and co-director for UCI’s Leadership Education to Advance Diversity-African, Black and Caribbean (LEAD-ABC) program.

UCI was among four awardees announced by the California Governor’s Office of Planning and Research, in partnership with the Office of the California Surgeon General. The other three awards were given to Children’s Hospital Los Angeles, Loma Linda University and the University of California, San Francisco.

A total of $9 million in state funds were awarded to support the proof-of principle demonstration projects for families and communities with ACEs with an aim to improve access, care and outcomes through collaboration between academic, community, nonprofit and private partners.

“This State of California initiative recognizes that ACEs have profound cumulative negative impacts on mental and physical health of children, impacts that remain for a lifetime,” said Baram. “Along with the state, we believe precision medicine holds promise to more fully apply data to improve health and healthcare, and we intend to deliver on that promise.”