New role will center on envisioning post-pandemic research and education 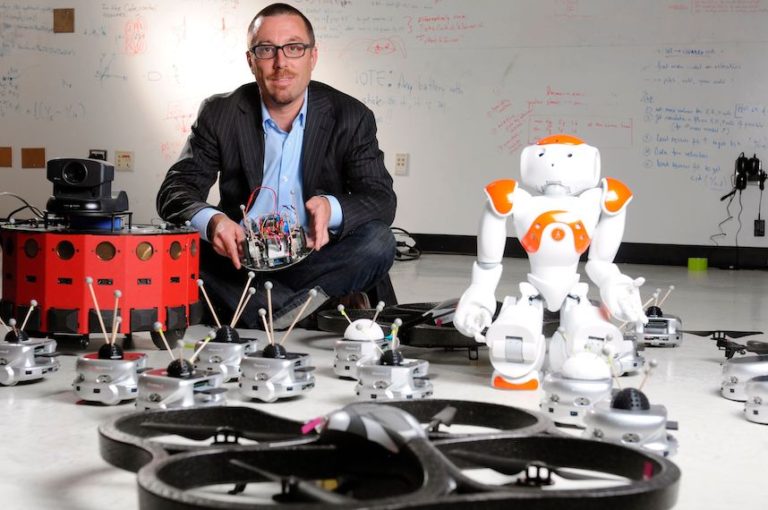 April 1, 2021 - Highly respected robotics and control systems researcher Magnus Egerstedt will become the new dean of The Henry Samueli School of Engineering at the University of California, Irvine, following a nationwide search.

Egerstedt will take up his new post in July at a time when UCI will be preparing to resume in-person classroom and laboratory instruction and increase in-person research after more than a year emphasizing remote operations due to the coronavirus pandemic.

“Our amazing and impactful Samueli School of Engineering is central to our ability to fulfill our public mission of improving lives and solving the great challenges of our time, and it is vital that it have an accomplished and visionary leader at its helm,” said Chancellor Howard Gillman. “Magnus Egerstedt is just such a leader, and we are thrilled to have him join our efforts as we create a more brilliant future across our region and around the world.”

Hal S. Stern, UCI’s interim provost and executive vice chancellor, said: “Magnus Egerstedt is a proven leader and an accomplished scholar who is well-equipped to guide The Henry Samueli School of Engineering into the future. I expect that he will build on the existing strengths of the school, and I look forward to his contributions to fostering an inclusive and productive environment for the students, faculty and staff in our engineering community.”

Egerstedt has had a lengthy academic career at the Georgia Institute of Technology, where he began as an assistant professor in 2001, after serving as a postdoctoral scholar in electrical engineering at Harvard University.

His most recent role was as the Steve W. Chaddick School Chair in Georgia Tech’s School of Electrical and Computer Engineering, a highly ranked program with more than 100 faculty members, almost 2,400 undergraduate and graduate students, and a nearly $100 million annual budget.

Egerstedt’s research pursuits have centered on control theory and robotics. His work has resulted in innovations in remote environmental monitoring and precision agriculture, and he has recently been involved in breakthroughs in the control and coordination of complex networks, such as multirobot systems, mobile sensor networks and cyber-physical systems.

He led the creation of Georgia Tech’s Robotarium, a remotely accessible swarm robotics lab used by more than 3,000 researchers around the world. He also helped develop SlothBot, a hyper-energy-efficient environmental monitoring robot.

“I enjoy taking a broader view of the academic profession – beyond the footprint of my own research lab – to help support, empower and promote the people around me,” Egerstedt said. “I look forward to working to ensure that the UCI Samueli School of Engineering is a place where we support and celebrate each other; where we partner seamlessly across disciplinary boundaries; where diverse groups of faculty, students and staff come together to have impact at scale on the defining issues of our time; and where we reach out and partner with our local communities.”

In March 1996, Egerstedt completed a B.A. in philosophy and linguistics at Sweden’s Stockholm University. Later that year, he was awarded an M.S. in engineering physics at the KTH Royal Institute of Technology in Stockholm. In 2000, he earned a Ph.D. in applied mathematics at the same institution.

Egerstedt is a fellow of the Institute of Electrical and Electronics Engineers and the International Federation of Automatic Control as well as a member of the Royal Swedish Academy of Engineering Sciences. He has received the John R. Ragazzini Education Award from the American Automatic Control Council, the O. Hugo Schuck Best Paper Award from the American Control Conference, the Outstanding Doctoral Thesis Advisor Award and the HKN Outstanding Teacher Award from Georgia Tech, and the Alumnus of the Year award from the KTH Royal Institute of Technology.