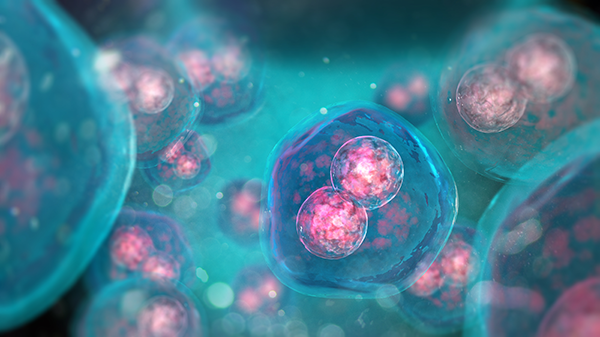 April 15, 2021 - Histories hold keys to understanding the present and anticipating the future by looking at the past. But how do you tell the history of a cell if you can’t watch what it does over time because it is deep within a living animal? What if measuring the properties of a cell requires you to destroy it so that you can never get a complete history? And how do you track the history of not just one but millions or billions of cells?

A new DNA recorder called CHYRON (Cell History Recording by Ordered Insertion) changes the way researchers can study cell histories by giving cells the ability to write their experiences into their own genomes, as a growing DNA barcode. Later on, researchers can sequence the barcodes to find out what cells experienced, including their relationship to other cells or how much of an important biological signal the cell saw during its life. In essence, CHYRON gives cells the ability to hold on to their pasts so that we can deduce how a cell’s past may have influenced its future. This will help us understand complex biological questions such as how organisms develop or what causes a cancer to spread throughout a patient. 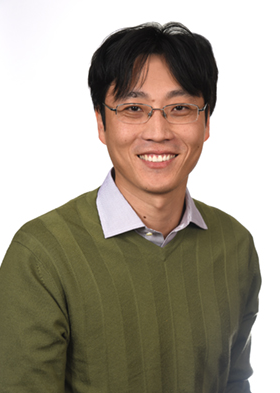 This means that cells can use CHYRON to capture a new experience without destroying or corrupting its recording of a previous experience.

Liu likens CHYRON to the process of writing a biography. “If you find someone who is interesting and decide to write a biography about them, you’ll ask the person, ‘What happened in your life that made you this way?’ We want to be able to do the same thing with cells. Unfortunately, cells don’t naturally remember what happened to them. And they can’t tell you. But with these technologies, you can force a cell to log what has happened to it, so that when it becomes interesting and you actually choose the cells you want to study, they will be able to reveal their memories.” 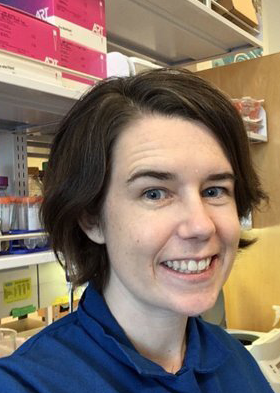 Loveless points out that for cells, it is not just one biography that we want to read, but millions or billions, each written by a different cell. “Our goal is to have each cell write its experiences by generating a unique barcode,” Loveless says. “As the cell is growing and experiencing new things, it updates its barcode. The patterns in the barcode can be used to infer cellular histories whereas the exact sequence of a barcode marks each cell uniquely.”

The impact of having the memories of millions and eventually billions of cells is deep and far reaching. These cell memories can reveal insights into how mammals develop and also offer critical information about diseases like cancer.

“This is a tool for research,” Loveless explains. “For example, there’s still a lot we don’t know about multicellular developmental processes. How do we get from zygote to a mouse?

“For very simple organisms such as the roundworm C. elegans, researchers can physically watch development – there are only approximately 1,000 cells in the adult worm. But mammalian development involving billions and trillions of cells is just a whole other ballgame. But that ballgame is what’s most relevant to understanding ways in which our development might make us sick.”

Cancer is a good example. The fact that it metastasizes is what makes it deadly. When the disease progresses throughout the body, that is when it is the most devastating to the patient. With CHYRON, the researchers hope to learn more about how metastasis works.

“Take a cell that’s in a primary tumor,” Loveless says. “In order to actually form a new, metastatic tumor in another part of the body, the cell has to move out of the primary tumor, get into the blood or the lymph and travel through there and stay alive, evading potential immune surveillance. Then, it has to crawl out of the circulation into a new location and be able to find a place there, find cells that can help its growth, make sure it’s close enough to a blood vessel to get food and oxygen, and then start growing again and grow a whole other tumor.”

Identifying, targeting and killing those metastatic cells with different phenotypes is at the center of potential cancer therapies. But basic questions like lineage remain unanswered. CHYRON’s innovation is helping provide answers by enabling researchers to keep records in cells, packed with more information that allows them to scale experiments.

“Once metastatic cells are identified,” Loveless says, “We can go back and say: ‘What made you this way?’ It would be much better to target cells that are later going to form a metastasis before they grow out of control and suddenly you have a hundred million cells you want to try to kill instead of two.”

Commenting on the undergraduates, Loveless enthuses, “They absolutely contributed intellectually. They at various points either helped me with computation or experiments – physically doing experiments – or designing protocols to figure out how to make it work.”

“It’s an engineering process,” says Loveless. “Basically, we have a hypothesis, synthesize the DNA we want, put it in the cells and sequence the DNA of the cells to see if it was having the desired effect. So, design, build, test.”

Although her background was in cell and molecular biology, Loveless decided she wanted to be an engineer. “I really wanted to build new things using the tools that I knew about,” she says “Essentially, I’m trying to make tools that address biological questions.”

By developing a tool like CHYRON, she is much closer to finding answers to those questions.