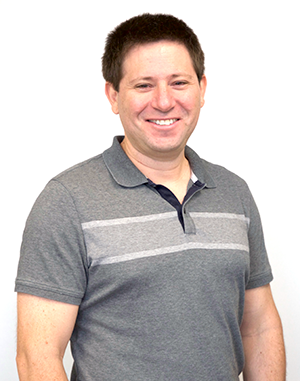 April 6, 2021 - UC Irvine’s Elliot Botvinick, professor of biomedical engineering, has been awarded a three-year, $3.5 million grant from The Leona M. and Harry B. Helmsley Charitable Trust to further the development of an innovative continuous-use monitor for those with Type 1 diabetes. The first-of-its-kind device will simultaneously measure insulin, glucose, lactate, oxygen and the ketone body beta-hydroxybutyrate with a single probe inserted just beneath the skin.

Called iGLOBE (Insulin + Glucose + Lactate + Oxygen + Beta-HydroxybutyratE) LifeStrip, the monitor utilizes light and chemistry to provide sensing capabilities for multiple analytes, which can be critical for controlling blood glucose and detecting possible dangerous events in those with the disease. The device will include continuous insulin monitoring and improve dosing efficacy by providing real-time feedback on the dynamics of insulin-pump therapy as well as real-time estimates of a patient’s sensitivity to the insulin.

It is also important to monitor blood glucose in those with Type 1 diabetes, also known as insulin dependent diabetes. When blood glucose is elevated above normal values, a condition called hyperglycemia, the body produces a chemical called beta-hydroxybutyrate through a metabolic reaction. Elevated beta-hydroxybutyrate is associated with diabetic ketoacidosis, a dangerous condition, which can result in hospitalization or death. iGLOBE monitors this chemical both as a “smoke alarm” to indicate dangerous levels and as an additional test to ensure automated insulin delivery is functioning properly.

Monitoring lactate, produced during exercise, is important as well, as it can indicate changing metabolic states, which can lead to changes in blood glucose in the hours after exercise. Knowledge of such metabolic shifts will improve glucose prediction and improve insulin dosing.

“Clinical evidence suggests that both beta-hydroxybutyrate and insulin sensing would improve outcomes and decrease the rates of hospitalization, severe morbidity and death associated with hypo- and hyperglycemia,” said Botvinick, who is also associate director of UCI’s Edwards Lifesciences Center for Advanced Cardiovascular Technology and a professor of surgery at UCI Beckman Laser Institute (BLI).

The device includes an insertion system that allows the thin fiber sensor to be inserted by a spring-loaded custom needle, which users will place just beneath the skin, either in the abdomen or the upper arm. Researchers also will generate designs for mass-manufacturing capability and assembly, ensuring that processes adhere to FDA guidelines.

Botvinick believes his group’s multi-analyte system is the first of its kind. The work is a continuation of a current device developed by his team that includes sensors for glucose, lactate and oxygen; its primary advantage over commercially available and emerging products is the relative ease by which analyte-measurement pads can be added without significantly increasing the size of the probe.

The addition of beta-hydroxybutyrate and insulin monitoring capabilities has the potential to be life-altering. “When taken together, glucose, lactate, beta-hydroxybutyrate and insulin monitoring can transform the care of people with type 1 diabetes,” Botvinick said. “iGLOBE can improve glucose control, compensate for glucose variations associated with exercise, inform of possible or current diabetic ketoacidosis and inform of failing or failed insulin delivery.”

The Leona M. and Harry B. Helmsley Charitable Trust aspires to improve lives by supporting exceptional efforts in the U.S. and around the world in health and select place-based initiatives. It has awarded more than $3 billion since its inception in 2008.