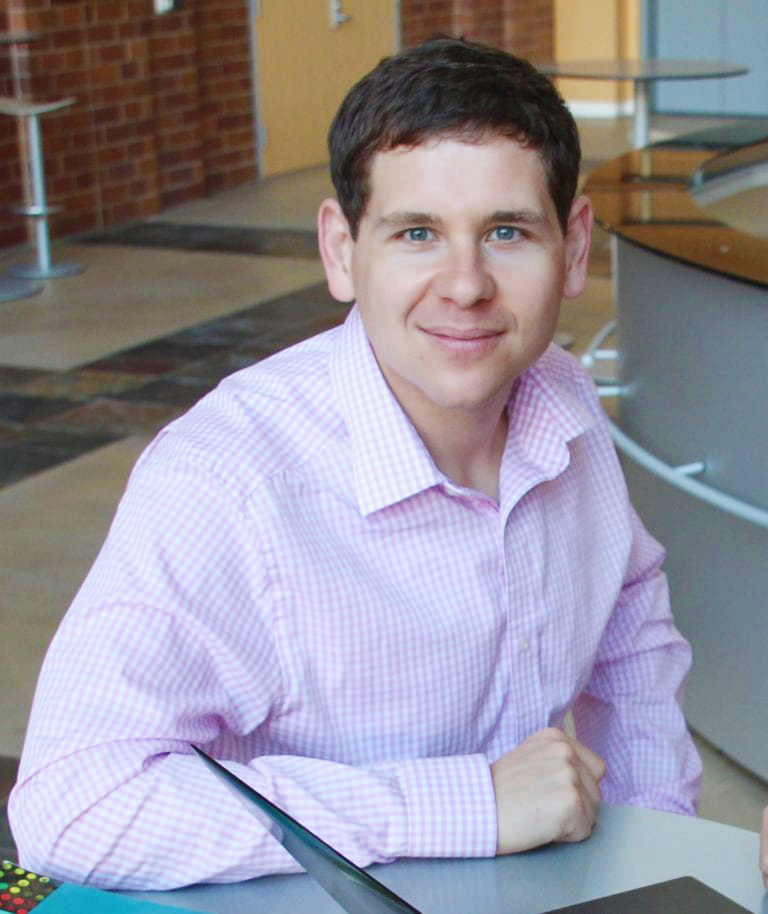 Oct. 5, 2021 - Alon Gorodetsky, associate professor of chemical and biomolecular engineering in the Henry Samueli School of Engineering at the University of California, Irvine, has been named a 2021 Director’s New Innovator by the National Institutes of Health. He is one of 64 researchers to earn this recognition, given to support unusually innovative biomedical research from early career investigators.

Gorodetsky will receive more than $2.2 million over five years for his research to develop cephalopod-inspired methods and technologies for controlling cell-to-cell communication. For several years, Gorodetsky has investigated the materials properties and biomedical applications of cephalopod proteins called reflectins, and he has been at the forefront of developing adaptive infrared and thermoregulatory systems inspired by cephalopods.

“With this award, we plan to develop technologies capable of controlling the formation, release and delivery of extracellular vesicles,” said Gorodetsky. “This methodology ultimately could be leveraged to guide cell fate and direct tissue development, opening new paths to clinically relevant applications.”

Gorodetsky, who joined the Samueli School faculty in 2011, has earned international recognition and a notable combination of accolades, including the Air Force Office of Scientific Research Young Investigator Award, the Defense Advanced Research Projects Agency Young Faculty Award with the Director’s Fellowship, and the Presidential Early Career Award for Scientists and Engineers. With this new award announcement, the total number of NIH New Innovators in the Samueli School, including affiliated faculty, is now nine.

The NIH Common Fund’s High-Risk, High-Reward Research program catalyzes scientific discovery by supporting research proposals that, due to their inherent risk, may struggle in the traditional peer-review process despite their transformative potential. Program applicants are encouraged to think “outside the box” and to pursue trailblazing ideas in any area of research relevant to the NIH’s mission to advance knowledge and enhance health.

“The science put forward by this cohort is exceptionally novel and creative and is sure to push at the boundaries of what is known,” said NIH Director Francis S. Collins, M.D., Ph.D. “These visionary investigators come from a wide breadth of career stages and show that groundbreaking science can happen at any career level given the right opportunity.”