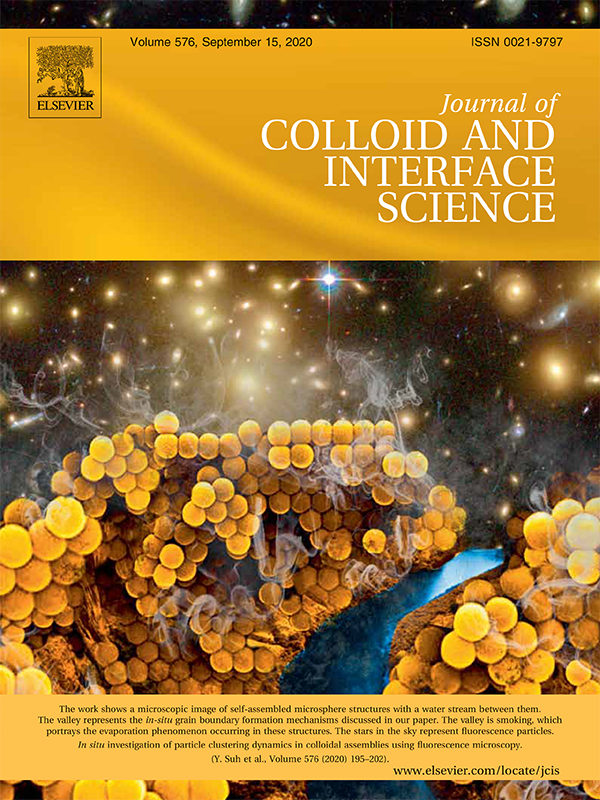 Sept. 14, 2020 - Among the many tools available to scientists developing new materials is a process called colloidal self-assembly, in which particles suspended in liquid spontaneously assemble themselves into well-ordered structures without outside interference. As the liquid in the solution evaporates, distinct phases occur in which the particles rearrange themselves in a quest to achieve thermodynamic equilibrium.

Nano- and microstructures that assemble in this way often have special optical characteristics useful in sensing devices and applications; they can also be used in fluid transport for electronic cooling devices and as support for biomimetic tissue scaffolds. These assemblies are attractive to researchers because of their potential for scalability. But they produce something less desirable, too: microscale defects known as grain boundaries, which can weaken the material’s intended properties.

Scientists have studied grain boundaries for years in an effort to control them. Now, a novel approach by Samueli School researchers uses laser-induced fluorescence microscopy to measure saturation levels in situ during multiple phases of self-assembly. This light-based probe allows them to identify the individual phases of the process as well as better understand the physics behind the cracking mechanics in the defects.

The research, led by UC Irvine mechanical and aerospace engineering graduate student Youngjoon Suh, is highlighted as the cover article in the September 2020 issue of the Journal of Colloid and Interface Science. The cover features an image Suh took on the Quanta 3D SEM microscope at UCI’s Irvine Materials Research Facility.

Suh and his coauthors, Yoonjin Won, Suh’s adviser and assistant professor of mechanical and aerospace engineering; and biomedical engineering graduate student Hamsa Gowda, discovered that it’s the film’s saturation levels that govern the dynamics of the grain boundaries’ structuring regimes.

Until now, understanding the colloidal physics that governs grain boundaries has been a challenge due to the limited spatial resolution available when visualizing the process. The Samueli School team’s real-time technique leverages the fluorescent particles’ ability to emit light at different intensities as evaporation causes the solution concentrations to change.

“We’ve demonstrated in our previous work that we can actually control this cracking phenomenon to make it occur in an orderly fashion for specific purposes, but we weren’t able to provide evidence for the thermal fluidic events occurring at the microscopic level that led to this,” Suh said.

By creating the laser-induced fluorescence technique, they were able to probe extremely small-scale saturation states during self-assembly in real time in order to better understand how these grain boundaries originate.

This knowledge adds to researchers’ capabilities to control thermofluidic properties, thereby advancing the development of surfaces that can dissipate large amounts of heat for thermal management technologies. “As thermal engineers, we are interested in utilizing these structures for potential high power-density cooling applications such as those used in power electronics, laser diodes and photovoltaics,” explained Suh, a fourth-year doctoral student and the paper’s lead author.

“Only a few years ago, grain boundaries were thought of as inevitable, unwanted aspects of self-assembly,” he added. “But we are shifting this paradigm into a direction where we can start to harness this phenomenon for useful applications.”