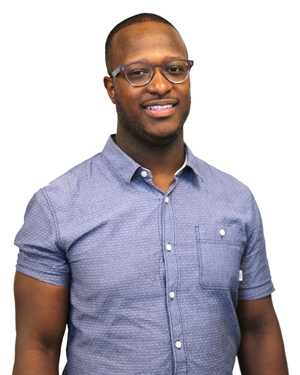 July 20, 2020 - A team led by Tim Downing, UC Irvine assistant biomedical engineering professor, has won a $3 million National Science Foundation grant for research that seeks to better understand the dynamic nature of the epigenome, which will open new possibilities for cellular engineering. Epigenome refers to the vast array of epigenetic modifications (such as chemical marks on DNA and associated proteins) found across the genome. The epigenome plays a central role in controlling the activity of individual genes within a cell.

The five-year award is funded by NSF’s 10 Big Ideas initiative under the Understanding the Rules of Life category. The team also includes Elizabeth Read, UCI assistant professor of chemical and biomolecular engineering, and Andrew Spakowitz and Alistair Boettiger, both professors at Stanford University.

When cells divide, not only the genetic sequence but also the epigenome are replicated. The project seeks to uncover the molecular and physical principles of epigenome replication. The interdisciplinary research team will use genomics, microscopy and computational modeling to test the hypothesis that differences in the speed at which epigenetic marks are propagated after DNA replication help coordinate the activity of genes during stem cell differentiation. At the the same time, these differences also contribute to errors in epigenome-copying throughout the lifespan. The findings will have broad implications within the fields of cell biology and biomedical science.

“Epigenetic modifications are critical to the existence of multicellular life and this research project will help to establish a new fundamental understanding of how stem cells use epigenetic mechanisms to maintain and change into new cell identities throughout the human lifespan,” said Downing. “The NSF funding is tremendously important to making this work possible and will specifically support new collaborative research between the UCI and Stanford campuses. I am extremely excited to work with such an amazing group of investigators across both institutions.”

“We’re finding that when we combine computational modeling with new technologies being developed within this team and in the field, we get new information about the chemistry and physics of these incredibly complex biological processes,” said Read. “I’m thrilled about the support for this work from NSF.”

The award will also support activities that will broaden participation in science among high schoolers and undergraduates, including students from underrepresented groups.