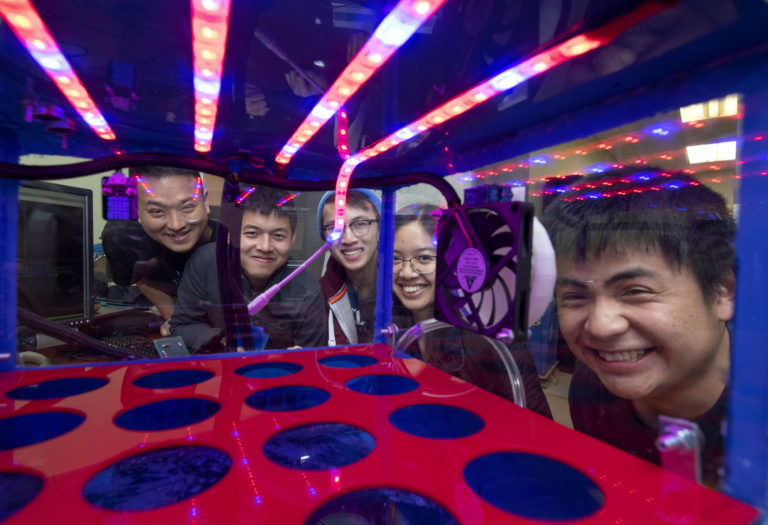 February 14, 2020 - Participating in faculty-supervised research is an important part of the UCI undergraduate experience. Since 1995, the Undergraduate Research Opportunities Program has cultivated, expanded and supported faculty-student projects in all academic areas. And these opportunities continue to grow. In the last year alone, UROP has seen a 15 percent jump in research projects, especially those that employ innovative technologies in the interest of sustainability.

“We’re proud to partner with students in the creation of solutions and recommendations that will have continued political and global impact,” says Said Shokair, UROP director.

Here are two projects by UCI undergraduates and faculty – one to inform the public about contaminants in drinking water and the other to better enable people to grow their own food indoors.

Maura Allaire, assistant professor of urban planning & public policy, has been researching low-level water contaminants and their impact on human health for the past five years. A water economist, she is particularly focused on the tainted tap water crisis in Flint, Michigan, which prompted Allaire and her team to explore how prevalent the issue is in communities across the country. 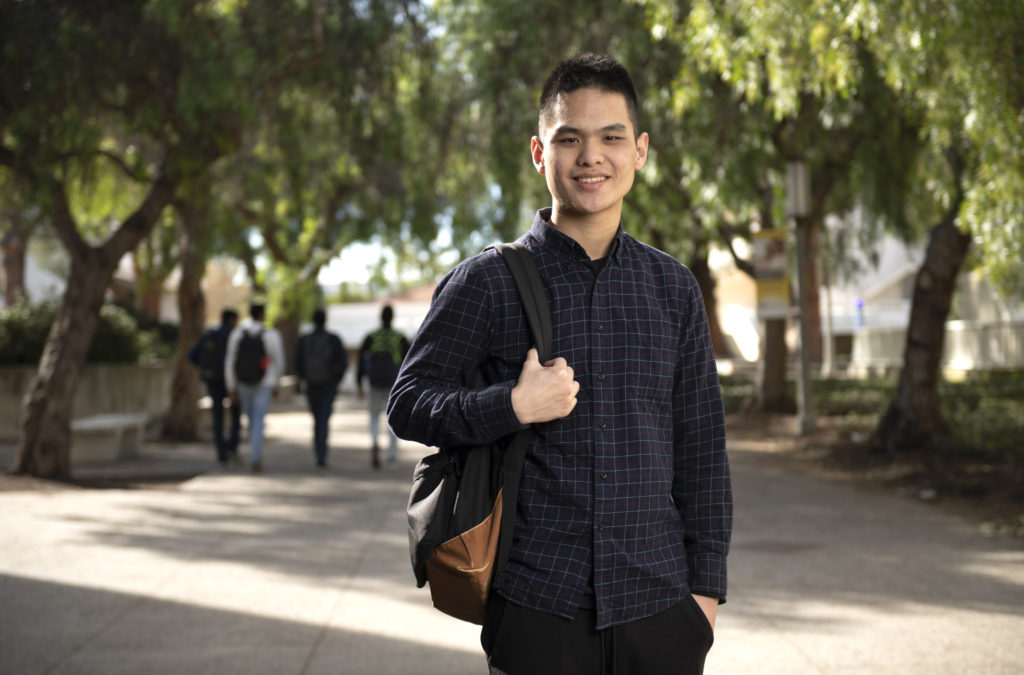 To help with this, she contacted Leo Wei, a fourth-year data science major, last summer after hearing that he had been working on a class project in which he compiled vast amounts of digital data from IMDB and Twitter to practice manipulating it. Although Wei had never considered applying this technique to water quality information, he became fascinated with Allaire’s aproposal to mine large quantities of public water systems data to monitor low-level contaminants and the areas most affected by them.

“What humans can process is limited, while computers can handle massive amounts of data,” he says. “This allows us to have projects where we’re combing through information that humans cannot fully analyze.”

Wei and Allaire used available data for water contaminant levels in all 50 states plus Washington, D.C., between 2010 and 2015 – some of it from utility companies and some from the Environmental Working Group, an activist organization that specializes in data collection and research on drinking water pollutants and other environmental hazards.

By cross-referencing this information with county-averaged data on household income and housing density, they found that areas categorized as rural tend to have lower water quality than urban areas.

They also discovered such contaminants as radon, uranium and arsenic at levels very close to the unhealthy threshold – still capable of having harmful effects on the population, according to Allaire, and potentially raising the risk of cancer.

In many cases, communities are only notified by water utility companies if contaminants are well above what’s determined to be the limit for healthy drinking water. (These limits vary from state to state, with California’s drinking water being better than most.)

“With this project, we wanted to use big data and statistics to raise awareness that while these levels are close to the health goal for water quality, utilities are barely complying with the rule to notify consumers if there are contaminants in their water, even at low levels. Mostly, it’s rural areas that aren’t notified about these contaminants,” Allaire says.

Wei hopes the data they collected will give communities most affected by these low-level pollutants more of a voice in the quality of their water – and that “it enables policymakers to make informed decisions and take underrepresented groups into consideration.”

Their research will be published in late March.

ZotPonics: The future of hydroponic gardening 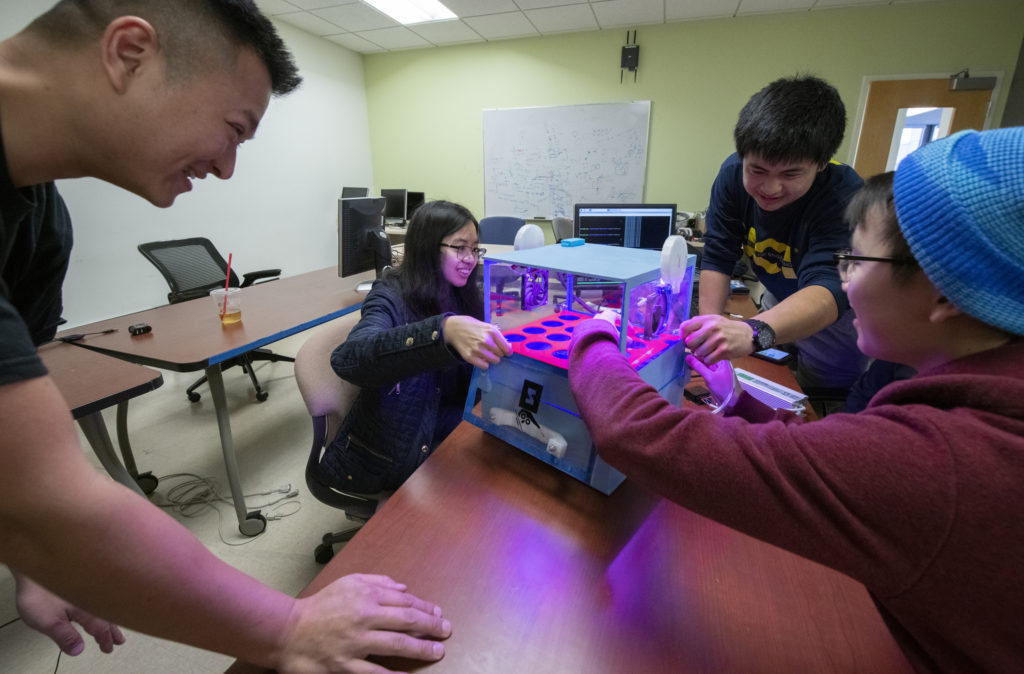 They named their creation ZotPonics, and it works like this: Plants are suspended in a red plastic tray inside a Plexiglas cube with sensors and activators to control water and nutrient distribution to their roots. The box is laced with LED strip lights and has two small fans for temperature regulation. Users can receive status notifications and manage various parameters with an accompanying mobile app – optimizing the system for specific plants’ water, sunlight and nutrient needs.

Quoc-Viet Dang, assistant professor of teaching in electrical engineering & computer science and the ZotPonics team’s faculty mentor, believes the project enables students to give back to the UCI community by introducing hydroponic gardening as a way to grow fresh produce in tight spaces.

“We’re losing backyards, so lots of people can’t grow their own food, especially in urban centers like Irvine,” he says. “Hydroponics systems are simple and available for indoor spaces, so if you want to be sustainable, your best option can be hydroponics. With the app connected to the system, people can learn on their own.”

Hydroponics has been studied as a sustainable growing method since the early 2000s. But only now, according to Quoc-Viet, is it becoming more affordable for consumers. “Using technology to promote sustainable and compact growing spaces will help ensure that in the future we always have fresh food,” he says.

Yang adds: “Our product can raise awareness about farming sustainably. If everyone in L.A. knew the benefits of hydroponic farming, if people could see how food goes from seed to table, we would all be growing our own food. It’s a new way for people to interact with their environment and a more efficient way of planting.”

The team hopes to build 12 or more ZotPonics systems in the next year or two and distribute them to the FRESH hub and other spaces in need of sustainable growing options.