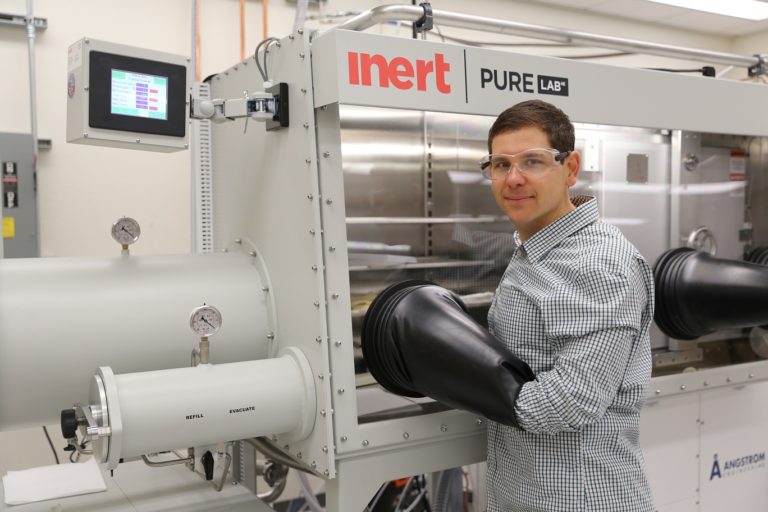 Dec. 17, 2020 - Reflectins, the unique structural proteins that give squids and octopuses the ability to change colors and blend in with their surroundings, are thought to have great potential for innovations in areas as diverse as electronics, optics and medicine. Scientists and inventors have been stymied in their attempts to fully utilize the powers of these biomolecules due to their atypical chemical composition and high sensitivity to subtle environmental changes.

In a study published recently in the Proceedings of the National Academy of Sciences, University of California, Irvine researchers have revealed the structure of a reflectin variant at the molecular level, and they have demonstrated a method for mechanically controlling the hierarchical assembly and optical properties of the protein. These findings are seen as key steps in exploiting many of the potentially useful attributes of the reflectin family.

“My laboratory at UCI has for a long time worked to mimic the light-scattering and light-reflecting powers of cephalopods with the goal of inventing new classes of adaptive thermoregulatory fabrics and other everyday technologies,” said co-author Alon Gorodetsky, UCI associate professor of chemical and biomolecular engineering. “With this research, we have focused on developing a detailed fundamental understanding of how reflectins function at a molecular level.”

Gorodetsky said scientists are attracted to reflectins because, similar to other protein-based materials, they offer many advantageous attributes such as controllable self-assembly, stimuli-responsiveness, customizable functionality and compatibility with other biological systems. The model biomaterials have also shown their usefulness for modifying the refractive index of human cells and supporting the growth of neural stem cells.

In their laboratory in UCI’s Henry Sameuli School of Engineering, Gorodetsky and his collaborators used bioinformatics predictions to select a reflectin variant, produced the protein in bacteria and developed solution conditions for maintaining it in a stable state.

The researchers then used a variety of tools for analysis of the protein and its solutions, including molecular dynamics simulations, small-angle x-ray scattering, and nuclear magnetic resonance spectroscopy. They also probed the assembled multimeric protein ensembles with techniques such as atomic force microscopy and three-dimensional holotomographic microscopy. These methods enabled the team to assess a full range of qualities and properties for the reflectin variant.

“Through our synergistic computational and experimental approaches, we were able to elucidate the three-dimensional structure of the reflectin variant, thereby establishing a direct correlation between the protein’s structural characteristics and intrinsic optical properties,” said Gorodetsky. “This research can be viewed as a valuable conceptual framework for using this class of proteins in bioengineering applications.”

Gorodetsky said his team’s work will enable new techniques for processing reflectin-based materials and points to new avenues for custom tailoring films of the protein at the nano- and micro-meter scales, which would be beneficial for biophotonic and bioelectronic applications as well as for inspiring the design of polymeric materials with sophisticated light-scattering capabilities. He also said the approach used in this project could help better understand the mechanisms underpinning cephalopods’ ability to change color.

This project, which included researchers from North Carolina State University, the Slovenian Nuclear Magnetic Resonance Center, Graz University of Technology in Austria, and Elettra-Sincrotrone in Trieste, Italy, was supported primarily by the Air Force Office of Scientific Research.