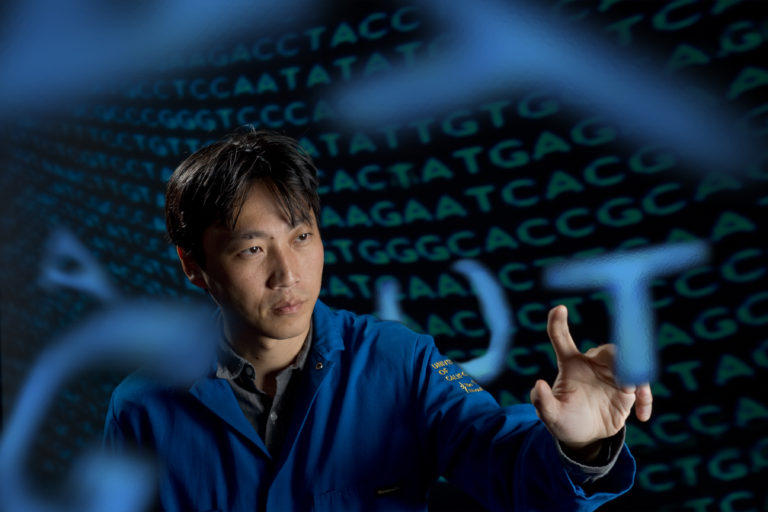 Oct. 6, 2020 - University of California, Irvine biomedical engineer Chang Liu is the recipient of one of nine Director’s Transformative Research Awards this year from the National Institutes of Health under its High-Risk, High-Reward Research Program, the agency announced today.

Liu’s five-year, $8.4 million grant will support a project to develop a system for making antibody generation a routine and widely accessible process.

“It is hard to overstate the importance of monoclonal antibodies in the life sciences,” said Liu, UCI associate professor of biomedical engineering who also holds appointments in the Department of Chemistry and Department of Molecular Biology & Biochemistry. “Antibodies are critical tools in biomedical research and diagnostics, and they are a growing class of therapeutics to combat cancer and pathogens up to and including the virus responsible for COVID-19.”

Liu said current methods for making custom antibodies are slow, costly, inaccessible to most researchers and often unsuccessful. His NIH proposal centers on simplifying the process through continuous and rapid evolution of high-quality antibodies requiring only the simple culturing of yeast cells.

He said his “autonomously evolving yeast-displayed antibodies” technology could have a transformative impact across the biomedicine field by turning monoclonal antibody generation into a rapid, scalable and accessible process where any lab with standard molecular biology capabilities can generate custom antibodies on demand.

“We believe this can be achieved by combining our new technology for continuous protein evolution, a yeast antigen-presenting cell that we will engineer, and cutting-edge generative machine learning algorithms for antibody library design,” he said.

Liu said that in addition to the continuous directed-evolution techniques that he has invented in his UCI laboratory, the project will rely on antibody design and artificial intelligence expertise provided by his collaborators and co-PIs of the project, Andrew Kruse and Debora Marks at Harvard Medical School.

The project could potentially result in “an explosion of crowdsourced antibody sequence data that will train our machine-learning algorithms to design better antibody libraries for our autonomous evolution system, starting a virtuous cycle,” he said.

In addition to contributing to cancer and anti-viral therapies, Liu said he and his fellow researchers will attempt to generate nanobodies against biogenic receptors that respond to acetylcholine, adrenaline, dopamine and other neurotransmitters. The goal of this work will be to develop a better understanding of psychopharmaceuticals in neurobiology and addiction.

“In the past, the Transformative Research Award has allowed some of the most ambitious and impactful ideas in biomedicine to blossom, and several previous winners are scientific heroes of mine,” said Liu. “We have big shoes to fill, but we are up to the challenge.”