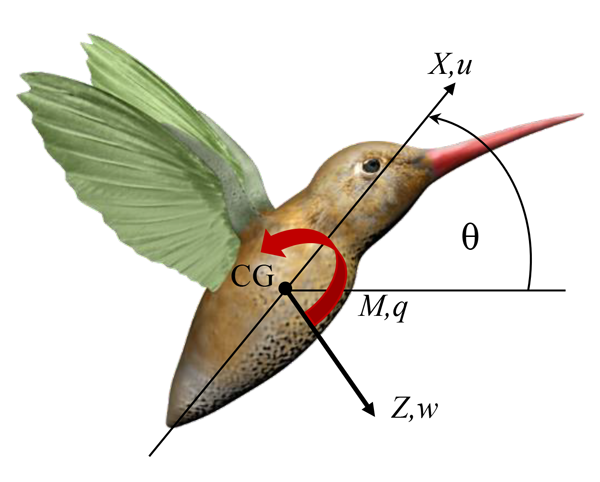 Oct. 16, 2020 - For years, research into the dynamics of flight has indicated that flying insects are inherently unstable as they hover. This belief has directly impacted the field of aerial robotics, which has leaned toward propeller-driven models to overcome the supposed instability of flapping wings.

UC Irvine’s Haithem Taha, associate professor of mechanical and aerospace engineering, recently proved otherwise, finding that insects and other animals that use flapping wings can stabilize their hovering flight through vibration. Insects exploit this passive stabilizing mechanism through their natural wing oscillations, reducing the importance of a neural feedback mechanism in the creatures’ brains (and in robotic systems as well).

In a paper published in Science Robotics, Taha demonstrated the physics behind his team’s discovery, discounting previous assumptions about aerodynamic mechanisms of insect flight, which suggest instability at hover. This breakthrough in biological mechanics has applications in the design
of biomemetic small flying robotic machines with stable, but sensorless hovering.

Unlike conventional aircraft, aerodynamic loads in flapping-wing insects are time varying, meaning they are affected by the periodic loads caused by the fast wing-flapping oscillations. In these insects, the relatively slow body flight dynamics are influenced by the speed of the wing fluctuation, resulting in an underlying vibrational stabilization.

The researchers developed new mathematical approaches to demonstrate this phenomenon and to show that using common analysis tools such as direct averaging methods with hovering flapping-wing flight can lead to errors in system dynamics. “The results presented in this paper call for a revision of some of the generally accepted concepts about flapping flight stability and instability,” Taha said. “Vibrational stabilization represents a passive mechanism that was not captured by earlier averaging-based modeling and analysis.”

Vibrational stabilization was first discerned in 1908 with an inverted pendulum. The pendulum’s pivot was subjected to vertical oscillation, and the pendulum remained stable, even in an inverted position, when the pivot oscillated with sufficiently high frequency.

In collaboration with colleagues at University of North Carolina, the team experimentally demonstrated the vibrational stabilization phenomenon in flapping flight dynamics by analyzing the recovery of real hovering hawkmoths from a pitch disturbance. Hawkmoths from a domestic colony were trained to fly in a glass-walled flight chamber and feed from an artificial nectar source. As the moths approached the nectar source, they were perturbed in flight mid-air by a projectile fired from a spring-loaded cannon, both in pitch-down and pitch-up modes.

Researchers used high-speed multicamera videography to measure the three-dimensional wing and body kinematics of the moths before and after impact. Taha and his colleagues showed that the natural vibration of the insect wings induces stabilizing action in the same way the pendulum gained stability from oscillating with high frequency. Their results indicated a vibrationally induced stiffness and a synchronization between the wing movement and the body movement.

This discovery has important implications for biologists because these vibrational stabilization mechanisms may also be exploited by other creatures. Moreover, the results may inspire more optimal designs for bioinspired flying robotic vehicles – called micro air vehicles or MAVs – by relaxing the feedback control requirements of flight.

“These conclusions are particularly useful for MAVs, allowing engineers to tune the MAV parameters to strengthen the passive vibrational stabilization mechanisms,” Taha said. “This will open the door for engineers to explore various designs of bioinspired flapping-wing MAVs, where before, the claimed instability hindered full exploration. It may be possible to design flapping-wing MAVs with simpler sensory control actuator processing systems, hence making miniaturization more feasible.”

View video of the experiment: 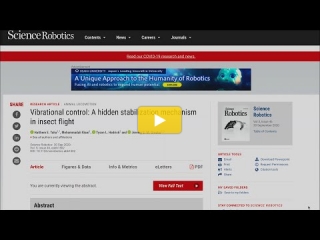