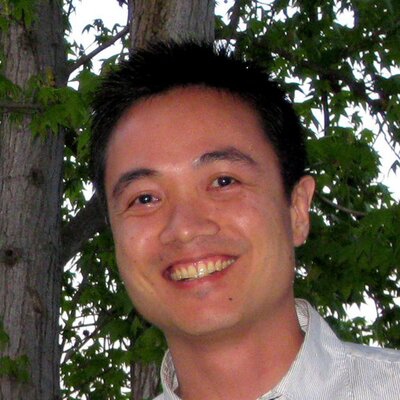 Jan. 13, 2020  - Biomedical engineering Associate Professor Elliot Hui has won a four-year $1.1 million grant from the National Institutes of Health to develop a system that can perform extreme high-throughput screening for drug development. By utilizing parallel nanoliter droplet dispenser arrays, the approach can vastly increase the number of compounds that can be tested simultaneously and will cost significantly less than current screening systems.

The grant is funded through the NIH’s National Institute of General Medical Sciences.

High-throughput screening is used in early stages of drug development, Hui explains, to find new molecules to develop. The process involves trying millions of different possibilities by running the same assay over and over with different compounds. These systems are typically automated by robots, costing millions of dollars to purchase and operate.

Hui and his research team are developing a liquid microchip that will use nanoliter droplet arrays rather than the microliter wells currently used, lowering the reagent cost of the screening and allowing more compounds to be tested simultaneously. In addition, the liquid microchips can be manufactured far less expensively than robotic systems. This will allow more access to high-throughput screening, and since more systems can run in parallel, will reduce the timeframe of drug discovery.

Hui has already demonstrated a prototype microchip that can screen up to 64 drug candidates – and any combination of these – in droplet format. He will use this NIH grant to explore new cancer therapies that employ multiple combinations of drugs administered together.

At the same time, he and his colleagues will shrink the liquid circuits in order to continue to process more and more drug compounds. Eventually, they hope to be able to handle a million compounds on a single chip, although Hui says that goal probably won’t be accomplished during the four years of this grant.

“In the big picture, we are aiming to make high-throughput screening available to more scientists.  We also want to enable new types of screening that are currently difficult to implement,” he said. “This large grant will greatly accelerate our progress by allowing the lab to hire many more students and postdocs and to purchase better equipment and materials.”

Hui added that this is his first NIH grant, and he credited the UC Irvine NIH Bootcamp program for helping him prepare a successful proposal. “I thought the training and mentorship I received was really helpful,” he said.