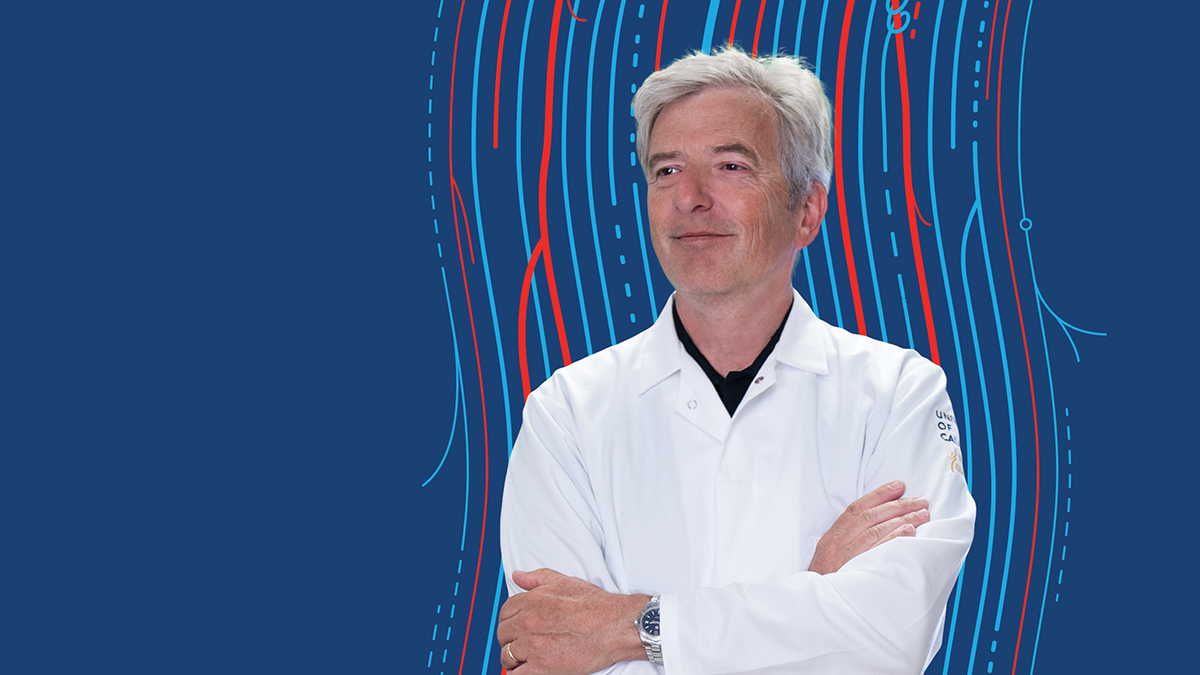 Hughes, a professor of molecular biology and biochemistry in the School of Biological Sciences and a professor in biomedical engineering at the Henry Samueli School of Engineering, is working with collaborators to develop new technologies aimed at improving anti-cancer drug screening and precision medicine.

Lab Work
A vascular biologist, Hughes has worked with blood vessels for a long time – since he was a graduate student in London, through a postdoc at Harvard and as a research scientist at Yale. In 1996, he came to UC Irvine and continued his work on the immune system’s interactions with blood vessels. He then started a side project – mechanisms underlying how blood vessels grow – which eventually became the Hughes Lab’s primary focus.

Around 15 years ago the lab developed ways to grow blood vessels in culture using beads coated in endothelial cells – the cells that line the inside of blood vessels. The beads are embedded in a protein-rich gel and, after stimulation, blood vessels grow out from the beads in a starburst pattern. This method has turned out to be a useful tool for the lab and has provided new insights on the genes that regulate the process of angiogenesis, or the formation of new blood vessels. The procedure is now the standard in the field for studying angiogenesis.

Human Tissues in Mice
Around this time, Hughes met Steve George, M.D., Ph.D., then professor and chair in the Department of Biomedical Engineering at UCI (and now at UC Davis), and they began discussing the need for more complex and physiological models of angiogenesis.

George had a plastic surgeon approach him about a problem he needed solved: when plastic surgeons remove tissues, there typically remains an empty void. The hope was to find some way to engineer a generic tissue that could be used to fill in these voids, complete with a vascular network that would allow it to integrate with the patient’s body.

George, a bioengineer, asked Hughes to collaborate with him on this need. They used the tools developed for the angiogenesis model and created what they called pre-vascularized tissues – tissues with a vascular network but without blood flow. After a few years, they grew pre-vascularized human tissues in a petri dish and grafted them into a mouse, where human blood vessels could then connect to and integrate with the mouse’s own vascular system.

Their work developing pre-vascularized tissues would set in motion their next big collaborative effort.

What If?
Hughes, George and the researchers in their labs had put years of work into their collaborative project and were ready for a new challenge. They had developed pre-vascularized tissues, but did not have blood flow in their model. At first, they laughed at the idea of adding blood flow to their vascular model – as it had not been done before – but soon, they sketched out how they could accomplish just that.

To strengthen the team, Hughes and George sought help from world-class microfluidics expert Abe Lee, Ph.D., professor at the School of Engineering and current chair for the Department of Biomedical Engineering. 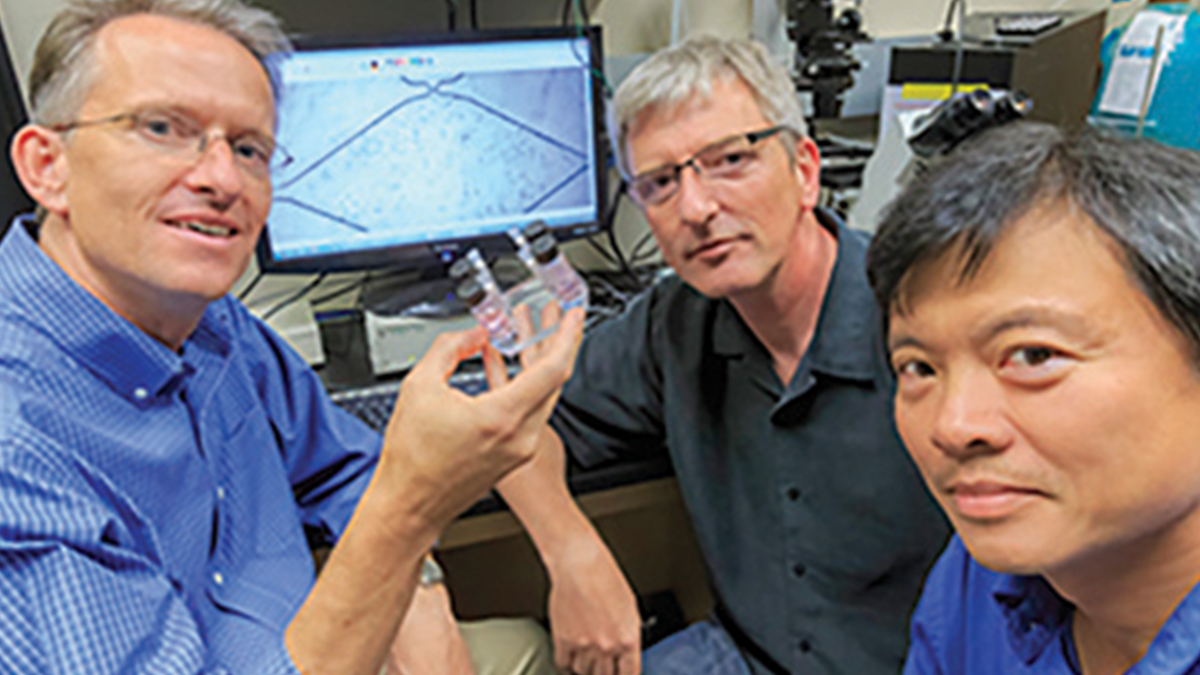 Together, Hughes, George and Lee wrote a grant proposal to bring their idea to life and received funding through the American Recovery and Reinvestment Act of 2009 (ARRA), a stimulus package enacted to preserve and create jobs in response to the Great Recession.

After two years, the team achieved their goal of flowing blood through their vascular system, though later tests proved that a formulated liquid with the same composition as liquid blood – essentially a salt solution with proteins and without blood cells – worked best for their model.

Microphysiological Systems
Since the team successfully created a miniature human vascular network, the next step was to grow tissue cells within the blood vessel matrix to more accurately mimic the natural processes of tissue growth in the human body. This would create a microphysiological system (MPS), or a simulation of physiological systems in the body at a very small scale. 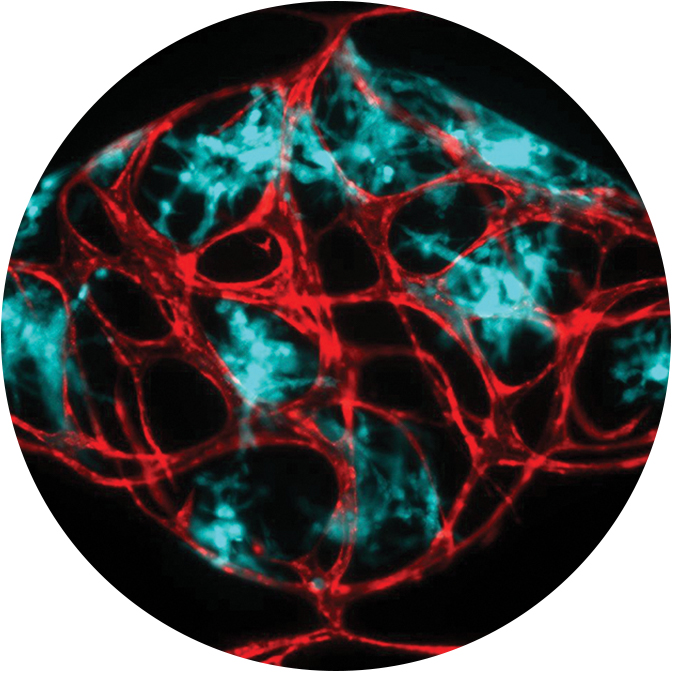 The team can place any one of the nearly 200 types of cells that comprise the human body within the blood vessel matrix and grow vascularized micro organs (VMOs) – small masses of lab-grown organ tissues – that receive nutrients from the lab-grown vascular system. This allows researchers to test drugs on the VMO and understand how it affects a real organ.

Their model, often referred to as an organ-on-a-chip, gets its name from computer chips, as the fabrication process is the same for both.

There has also been tremendous interest in cancer research, so the team started to grow tumor cells within the vascular system and created three-dimensional vascularized micro tumors (VMTs), each with their own blood supply. The team has tested anti-cancer drugs and confirmed that medicines were traveling through the vascular system to reach and affect the tumor, and has tested anti-angiogenesis drugs and confirmed that they stopped the development of blood vessels in and around the tumor. Both were major accomplishments in validating this as a viable drug development model.

Solving a Problem
The standard method for initial drug screenings uses single cell types, often growing as a single layer of cells in a petri dish. Because human biology is far more complex than a single layer of cells, there is a vast disconnect between the initial testing and the end result. Very little in the simple models mimics the human body. 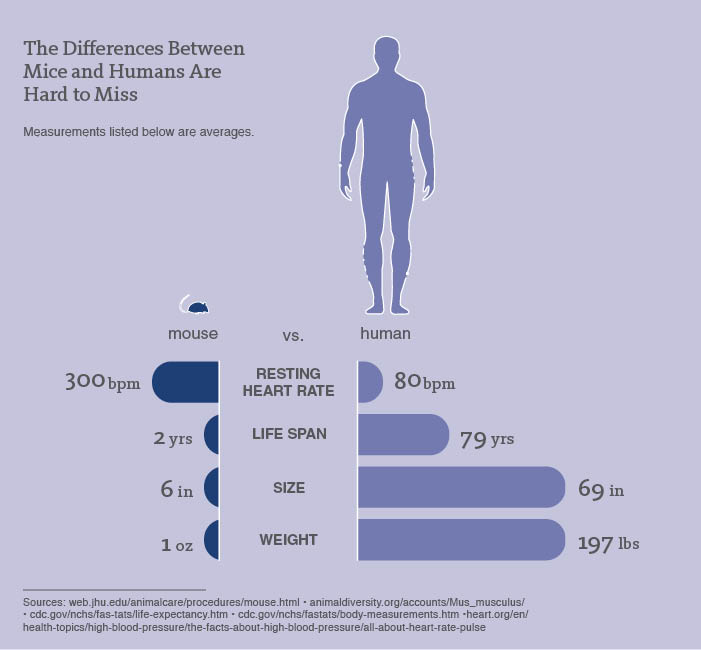 “Mice are warm blooded, they’re complex three-dimensional organisms, but they’re very, very different to humans in many ways,” said Hughes. “The things that are obvious to a layperson, like ‘a mouse is really tiny’ … scientists somehow don’t see as being an issue, when really they are. Mice have been incredibly useful, but they’ve also led us down the wrong path. … Very few of the things that work in mice ever work in people.”

To find a better solution, Hughes and his team are working to definitively prove that their VMOs and VMTs are better analogs for human body activity, and will improve drug testing and drug discovery. Early data have shown that tumor cells in the VMT are similar on a cellular level to those taken from a patient’s tumor, while other standard models are not, showing promise that the VMT is a more accurate model.

Aracari Biosciences
A few years ago, Hughes noticed that people at meetings and pharmaceutical companies expressed interest in the team’s MPS and decided they should commercialize it. The team met with Associate Director of Licensing Alvin Viray, J.D., at UCI Beall Applied Innovation to establish an exclusive license agreement from UCI to develop the technology that makes their MPS possible. 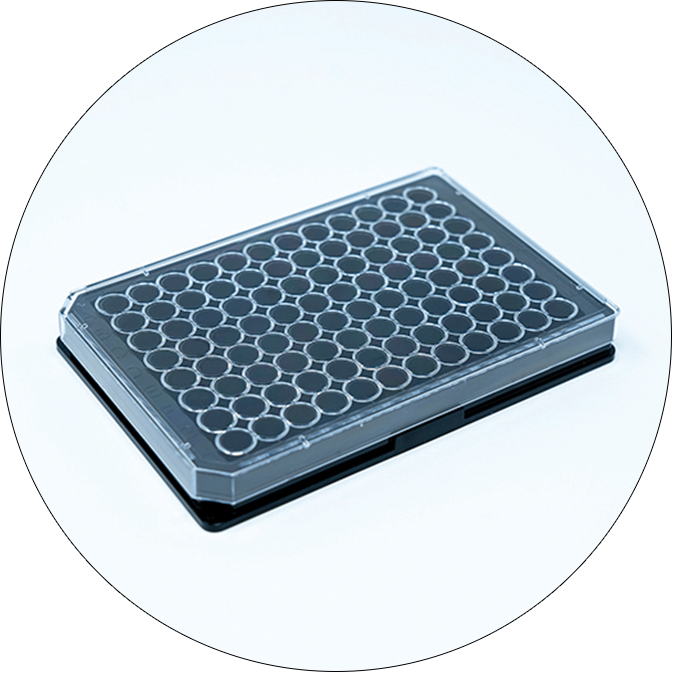 The pharmaceutical industry has realized it needs better models and large companies are excited about the team’s MPS. If a company wants an MPS with blood vessels to use for anything from drug discovery to drug delivery, or to see if their drug damages blood vessels, they go to Aracari Biosciences.

The startup has incubator space at the Beckman Laser Institute and expects to move into Applied Innovation’s new location later this year. There, they plan to take advantage of the new wet lab space funded by University Lab Partners, a nonprofit program of the Beall Family Foundation.

They have been working with large and small pharmaceutical companies that recognize the model’s value in drug discovery and testing, as recent estimates show that it now costs almost $1.5 billion to $2.5 billion to bring just one drug to market.

Aracari Biosciences is positioning themselves in the preclinical phase of drug screenings so that their results can fill in the inadequacies of mice models and either stop the development of bad drugs early on, or validate drugs that don’t show promise in mice models but do show promise in the MPS. 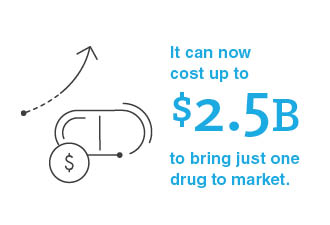 The company currently acts as a contract research organization, performing in-house testing of drugs being developed by large pharmaceutical companies. Aracari Biosciences’ next phase will be to sell assembled and pre-validated platforms to outside companies so that they can run their own tests.

Eventually, Aracari Biosciences will focus on personalized medicine, where a physician takes a biopsy from a patient and sends a sample to Aracari Biosciences. The sample is grown into multiple VMTs and tested against a number of preapproved drugs to determine each drug’s efficacy on the patient’s tumor. The physician uses that information to make an informed decision on which drug to prescribe for their patient with a high level of confidence that the drug will be effective.

The latter business requires FDA approval and so Aracari Biosciences has already begun conducting preliminary studies to validate the model and show superiority over existing methods of drug screening. 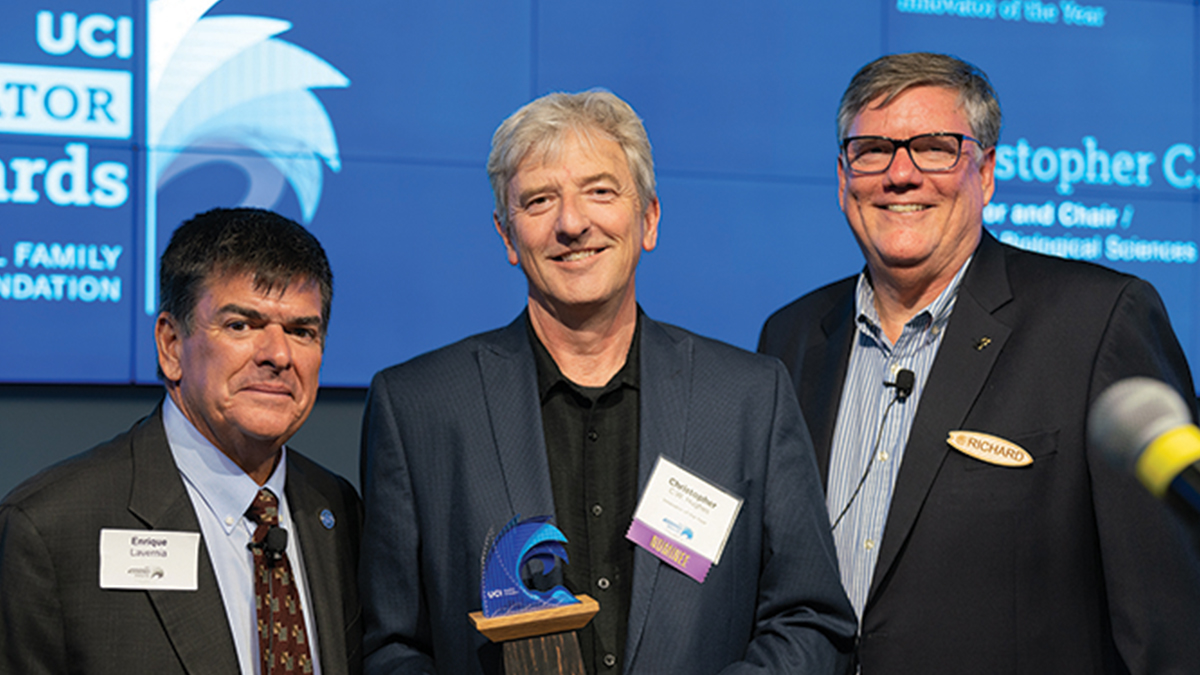 Hughes, who received the 2019 UCI Innovator of the Year award, credits his lab’s many successes to the extremely talented students and postdocs he has worked with over the years. Their hard work, along with the long-term collaboration between George, Lee and their respective labs, has resulted in the development of what may become the new standard in precision medicine and more accurate drug discovery and validation.

Learn more about the Hughes Lab and their research projects.