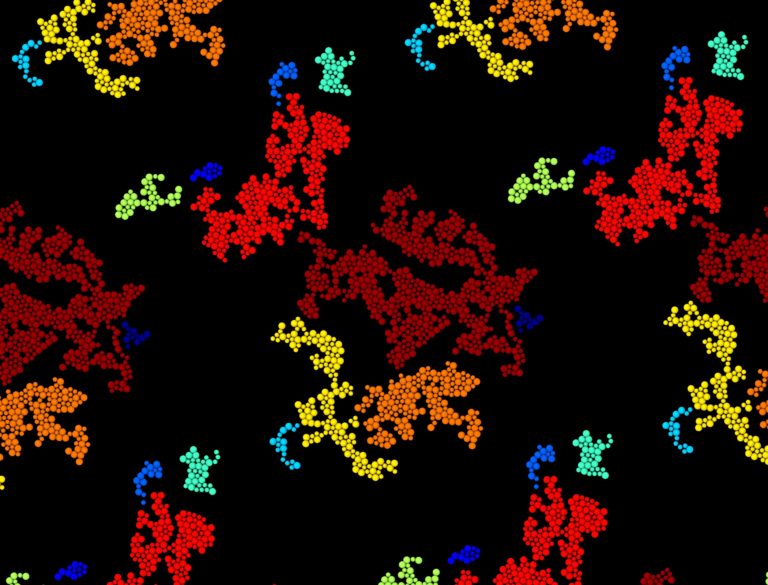 September 10, 2019 - Commonplace in both natural and man-made components, glassy materials have a microscopically disordered structure. In many solid substances and crystals, atoms are bonded together in an orderly fashion, like stacked cannonballs, but atoms and molecules in varieties of glass are positioned in an amorphous jumble, as they are in liquids. Penghui Cao, UCI assistant professor of mechanical & aerospace engineering, is fascinated by this property and wants to know how it can be manipulated, or tuned, to provide building blocks for new technologies. For a study published recently in Proceedings of the National Academy of Sciences, lead author Cao and colleagues at the Massachusetts Institute of Technology developed a simulation algorithm to reveal the mechanisms governing glass rheology, or its liquidlike flow. The researchers applied modeled stress to a nanometer-scale sample, simulating the response of the material to an extraordinarily wide range of shear (deformation of a material under stress) rates, spanning nearly 10 orders of magnitude. “By tracking the trajectory of a single particle during plastic flow, we were able to identify liquidlike clusters in the glassy system that grew as the shear rate decreased,” Cao said. “When these clusters are percolated, or filtered through the material, the overall behavior of the system shows a solid-to-liquid transition.” To fundamentally understand this phenomenon, the scientists explored the multidimensional energy surface as a function of particle coordinates, namely the potential energy landscape associated with the structural configurations. According to Cao, they found the metabasins in the underlying energy landscape breaking into a fractal hierarchy of subbasins, analogous to the natural landscapes of the Earth, which is regarded as the root cause of the rheological behavior of glassy systems. This project was funded by UCI’s Henry Samueli School of Engineering.